There are 24 teams at the expanded Euro 2016, which starts with host nation France taking on Romania in Paris on 10 June.

But which one failed to keep a solitary clean sheet in qualifying? Who made the most passes? And who climbed almost 100 places in the Fifa world rankings?

Belgium scored 24 goals as they finished top of Group B but only four of them were scored by strikers - with Christian Benteke, Divock Origi, Michy Batshuayi and Laurent Depoitre all finding the net once. Chelsea's Eden Hazard and Manchester City's Kevin de Bruyne both scored five goals. 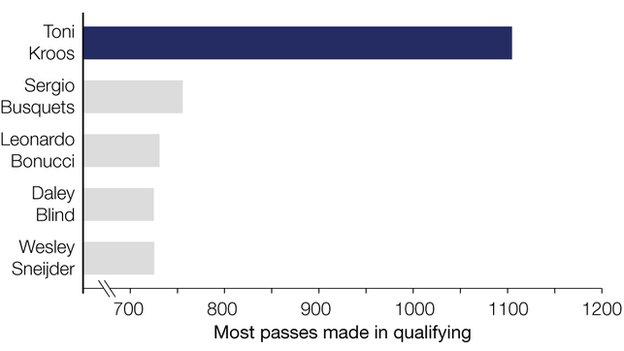 World champions Germany finished top of Group D - and midfielder Toni Kroos made 315 more passes than any other player during qualifying. They have the youngest squad at the tournament, an average of 25 years and 296 days.

Portugal captain Cristiano Ronaldo could become the first player to score at four European Championships if he finds the back of the net in France - and he also has Frenchman Michel Platini's goals record in sight.

Austria were ranked at an all-time low of 105th in the world after their only other appearance at the European Championship, the one they co-hosted with Switzerland in 2008. They rose as high as 10th following an unbeaten qualifying campaign. 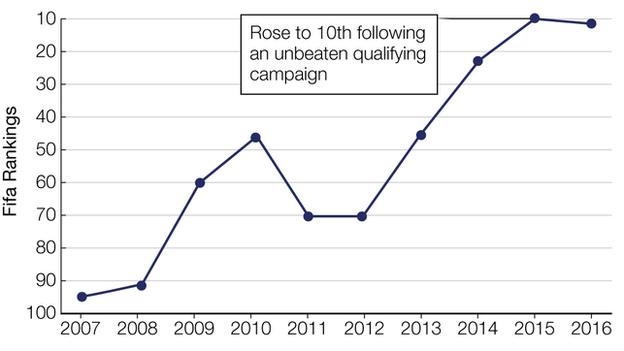 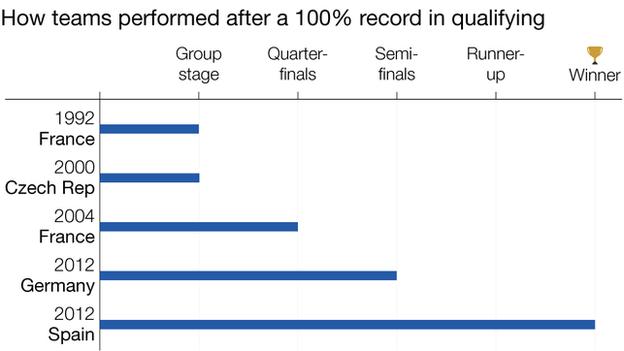 Italy's 4-0 defeat by Spain at Euro 2012 is the biggest losing margin in the final of a European Championship or World Cup.

Switzerland have finished bottom of their group in each of their three previous Euros, winning only one of nine matches.

As the host nation, France did not need to qualify for Euro 2016.

Instead they played home and away friendly matches against the five teams in qualifying Group I as part of a Uefa initiative to better prepare host nations for tournaments. Based on those results, France would have topped the group. 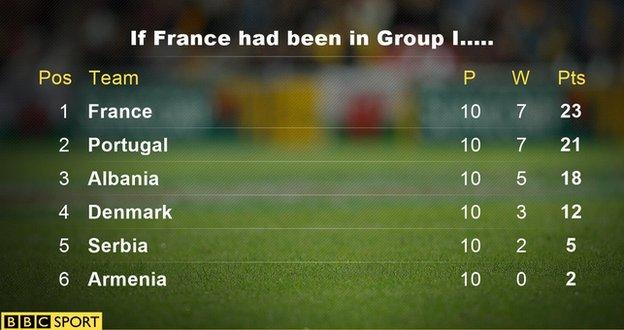 Turkey have improved every time they have competed at the European Championship: group stage in 1996, quarter-finals in 2000, semi-finals in 2008.

Prior to beating Slovenia to book their place in France, Ukraine had lost all five play-off ties they had played - four for the World Cup and one for the Euros.

First-choice goalkeeper Gabor Kiraly is hoping to become the first 40-year-old to appear in the European Championship, surpassing Lothar Matthaus as the tournament's oldest player. Shay Given - 19 days Kiraly's junior - could beat him to the landmark, however, with the Republic of Ireland playing first.

Romania have played 13 matches at European Championship finals. Their only victory came courtesy of a last-minute penalty to beat England in 2000 and advance to the quarter-finals.

Slovakia midfielder Vladimir Weiss, who started his career at Manchester City and is now a winger for Al-Gharafa in the Qatar Stars League, made six assists in qualifying - the joint highest.

Northern Ireland became the first nation seeded fifth to finish top of a European Championship group. And they go into the tournament in excellent form. They are on the longest unbeaten run of any side participating at Euro 2016 - 12 games.

Gareth Bale scored 64% of Wales' 11 goals in qualifying - the highest proportion by a player from the teams that qualified for France.

Euro 2016 is their fourth successive appearance in the finals, and fifth in their six attempts since the country seceded from Yugoslavia. They reached the quarter-finals on debut in 1996 and again in 2008. 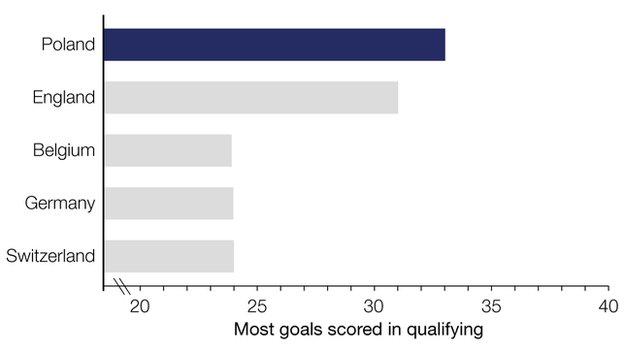 Poland scored 33 goals in qualifying, more than any other team, while Robert Lewandowski top scored with 13 goals, two more than Sweden's Zlatan Ibrahimovic.

And a bonus stat, because how could we leave this out? Midfielder Slawomir Peszko, once of Wolves, has four kidneys. He was diagnosed with having duplex kidneys during a medical on joining Cologne in 2011. The condition affects one in every 5.5 million people.

Russia, who play England in their opening Euro 2016 fixture, are the only finalists who did not score a header in qualifying. They were credited with scoring 21 goals but actually only scored 18. They were handed a 3-0 win at Montenegro after that match was abandoned because of crowd trouble with the game scoreless.

The Czechs were the only Euro 2016 finalists who failed to keep a clean sheet in qualifying.

Given would become the first 40-year-old to play at a European Championship if he faces Sweden in their opener - otherwise Hungary's Gabor Kiraly is likely to take that landmark a day later.

Iceland will be competing at the Euros for the first time this summer. With a population of 330,000, they're the smallest country to qualify for a European Championship or World Cup. 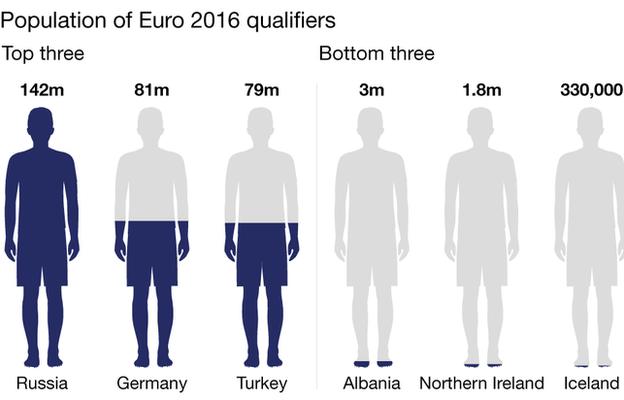 It would be fair to say Sweden were reliant on Zlatan Ibrahimovic during qualifying. He scored 11 of their 19 goals - Erkan Zengin was next on the scoring charts with three.

Albania had 28 shots on target in qualifying - fewer than any side who made it to Euro 2016, and only one fewer than Gibraltar, who finished pointless with a goal difference of -54 at the bottom of Group D. 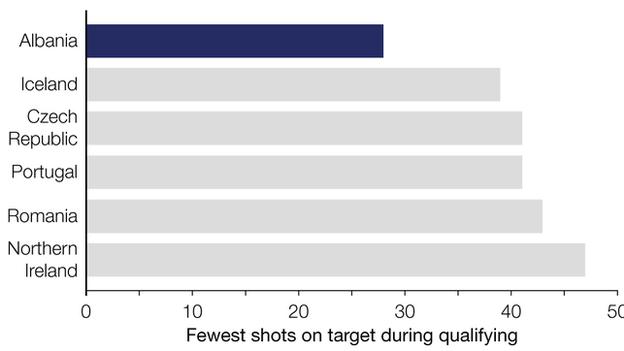 Fifa rankings correct as of 2 June.