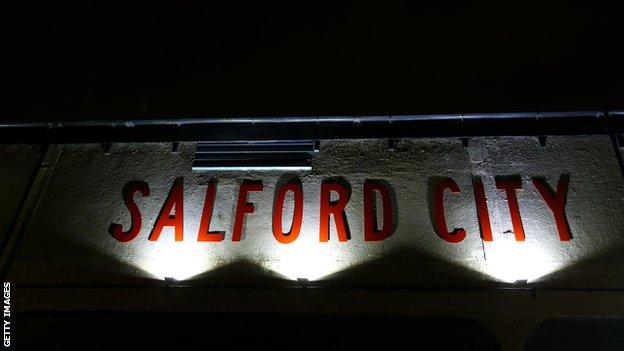 Salford City - the side co-owned by former Manchester United stars - have been promoted to the sixth tier of English football for the first time.

Gary Neville was at Moor Lane to see Salford score twice in the final 12 minutes to beat Workington 3-2 in their Northern Premier League play-off final.

It means Salford will play in National League North next season.

The club were promoted last season and this term reached the FA Cup second round, featuring in live TV games against Notts County and Hartlepool United.

Their progress was followed in a two-part BBC documentary 'Out of Their League', which has been commissioned for a second series.