It was a summer when the Spice Girls released their first single, the Prince and Princess of Wales got divorced and Alan Shearer became the most expensive footballer in the world when he moved from Blackburn to Newcastle for £15m.

To get you in the mood for Euro 2016, we're going to relive the rollercoaster of emotions from two classic matches played during Euro 96.

Following England's group game against Scotland on Wednesday, the semi-final tie against Germany will be replayed in full on the BBC website and on the Red Button.

We will bring you all of the action on 8 June.

The game will be shown "as live" through BBC Sport's digital service - via BBC Sport online, the mobile and tablet app, and through connected TVs and BBC Red Button.

We'll take you back 20 years and replay the game in full along with text commentary and, crucially, your chance to contribute to the experience by sending in your thoughts on the action - and, if you're old enough, your reflections and memories of the last major football tournament played on these shores. 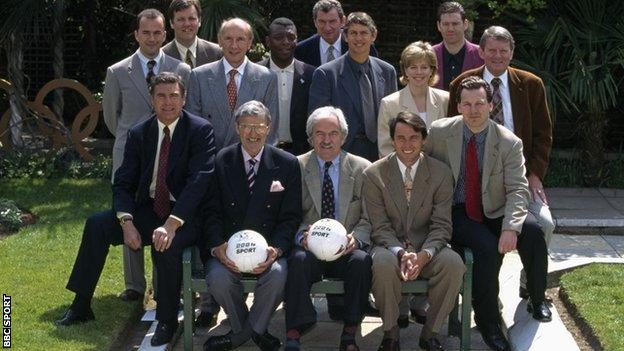 For a full list of fixtures plus details of the group games the BBC are screening during this summer's European Championship in France, visit this page.