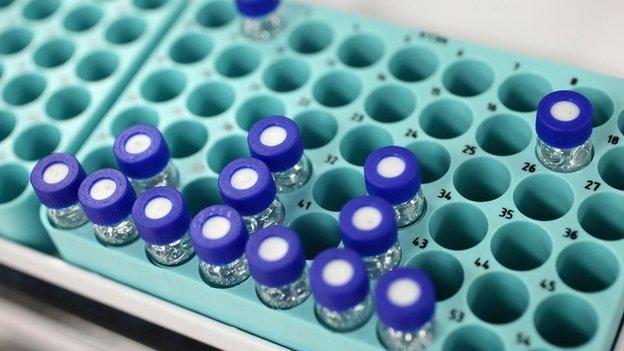 The UK Anti-Doping Agency (Ukad) will provide no funding this year to help with drug testing in Scottish football.

The Scottish Football Association (SFA) was criticised this year for failing to provide its own funding for testing.

BBC Sport revealed only eight tests were carried out between April and December 2015, with 20 further tests in the first three months of this year.

But the SFA will have to use its own money for any testing in the 2016-17 period, which started in April.

The governing body, which intends to invest between £100,000 and £150,000 in testing, told BBC Scotland it is "disappointed" that Ukad will not be contributing any funding.

"The Scottish FA has already made plans to enhance the provision of testing from next season and will do so from its own funds," said the SFA.

"While Scottish football can be proud of its 'low risk' status in the eyes of Ukad, we are nevertheless disappointed they have taken what seems an arbitrary decision not to provide any future testing in Scottish football from next season.

"Recently, Ukad's chief executive, Nicole Sapstead, was quoted as saying her organisation 'can only do so much'.

"We are disappointed that these latest comments from Ukad seem to suggest that 'so much' equals nothing at all with regard to Scottish football.

"It is important to stress that the intelligence-led testing to date has been robust and effective and that there has been additional testing done since the matter originally came to light."

However, Ukad views Scottish football as a low-risk sport for drug misuse.

"The amount of intelligence Ukad has received about Scottish football in the last two years is small," said a spokesperson.

"As a result, the level of publicly-funded testing in Scottish football has fallen year on year and, indeed, was very low last year.

"In determining the test distribution plan for 2016/2017, Ukad has taken the decision to not allocate any publicly-funded tests to Scottish football.

"However, it is important to note that, should information be passed to us of potential doping, we will pursue that intelligence and target test if appropriate."

Ukad points out that Scottish players playing in English leagues will be subject to testing as part of the Football Association's testing programme, while clubs playing in European competition will face tests under Uefa's anti-doping programme.

It also stressed that it had to prioritise its own funding across 47 Olympic, Paralympic and professional sports, including football, depending on the "size and status of the league" as well as success on the international stage.

"Ukad actively encourages all sports to invest in anti-doping, which includes investing in a robust testing programme but also developing comprehensive clean sport education for all its participants," it added.