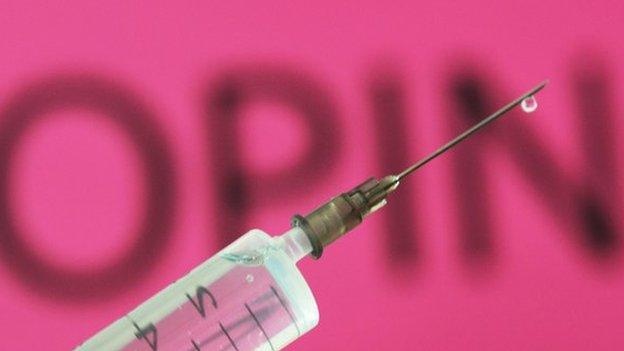 An anti-doping specialist says that friction between the Scottish Football Association and the body that carries out drug testing could leave the door open for potential cheats.

UK Anti-Doping says it will provide no funding for tests in Scottish football in the year ahead, with the SFA criticising the move.

The SFA plans to provide its own funding to augment the number of tests.

But Dimeo admitted to surprise at Ukad's decision, adding that he believed previous reports highlighting a decline in testing "would've prompted both organisations to collectively get themselves in a position where they're able to do more testing, whereas it seems that UK Anti-Doping are allowing things to drift".

"The worst-case scenario is if there's a fragmented approach from those organisations and then a lack of testing, in particular a lack of out-of-competition testing, because of a lack of funding and organisation, then people who plan to dope could see the loopholes and exploit them," he told BBC Scotland.

"People have done it in other sports, even sports that have a much better-managed anti-doping system.

"There may not be a doping problem at the moment, but in my view, anti-doping needs to be pre-emptive, pro-active, it needs to have a strategy and funding and people within the sport need to believe there is going to be testing.

"At the moment, these critical stories of arguments and division and lack of funding must make some people think there isn't really a deterrence or perhaps not even a will to put a deterrence into place."

Dimeo welcomed the SFA's intention to invest between £100,000 and £150,000 in testing for the 2016/17 period and warned against Ukad's definition of Scottish football as a low-risk area.

"One of the problems with defining any sport or any country as low risk is that once the deterrence of testing stops and word goes around there is very little testing then it actually raises the risk that athletes could turn to doping in their search for some performance enhancement," he said.

"The identification of Scottish football as low risk may come on the back of lack of positive tests and intelligence.

"But, if that situation continues where players don't think they're going to be tested, they could either deliberately or inadvertently find themselves in a situation where they may contravene the rules."

Dimeo expressed a hope that out-of-competition testing would take place - something that hasn't happened in recent years.

"I would say it's more important than in-competition," he said. "When the World Anti-Doping Agency was set up in 1999, one of the main things they began to tackle was the lack of out-of-competition testing internationally.

"Athletes can use drugs that are out of their system in time for them to use them to prepare for a competition.

"Perhaps the more powerful drugs like steroids, EPO and human growth hormone tend to be used during training or recovery periods.

"So, in my view, they need to address that. They need to think about having a registered testing pool of athletes who can be traced for when they send out the testers.

"They also need to have some random out-of-competition testing and this has to happen regularly or people will come to believe that, in the period between matches, they won't ever be tested."