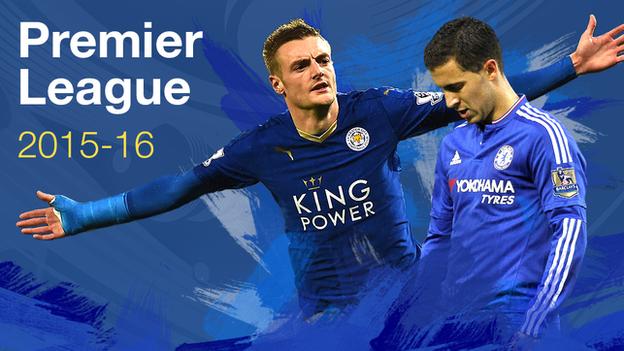 It was a season that defied logic in so many ways - Leicester won the Premier League while Chelsea were talked about as relegation candidates.

And yet some things did not change - Arsenal flirted with the title before fading into a top-four finish, and Sam Allardyce performed a relegation rescue act.

Here, we look back on an unforgettable campaign.

The most unpredictable Premier League season?

It certainly proved that way for BBC Sport's pundits.

In August, we asked 30 of them to pick their top four, with not one of them suggesting eventual champions Leicester or third-placed Tottenham would finish in the Champions League places. Instead, 22 predicted Chelsea would retain their title.

We also asked chief football writer Phil McNulty to forecast how the league would look come May. Whoops.

Of course, it was not just the emergence of Leicester which made a mockery of pre-season predictions. The campaign proved a tale of two champions, with the Foxes' rise coming alongside Chelsea's demise - the Stamford Bridge club's points tally of 50 being the lowest of any defending top-flight champions since Everton in 1971.

The year when money didn't talk

So Leicester were the biggest over-achievers and Chelsea under-performed in spectacular fashion - but who else punched above their weight and who failed to deliver on the money spent building their squad?

This - like so many of their team's matches this season - makes uncomfortable viewing for Aston Villa fans. 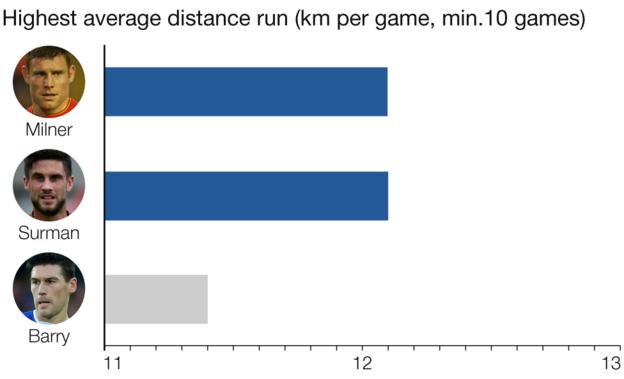 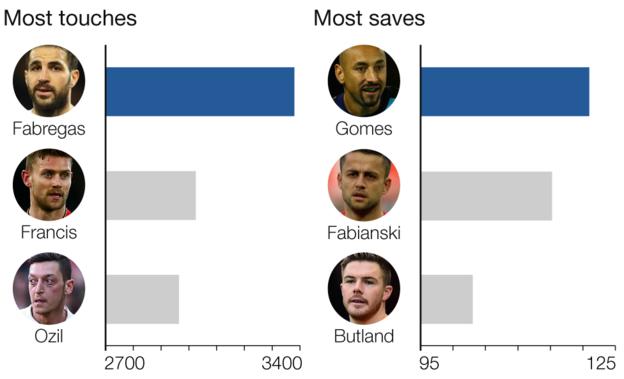 How promotion and relegation battles unfolded

With the league more unpredictable than ever, it made for fascinating competition at both ends of the table.

At the top, Leicester took control in January and never looked back. In fact, what seemed an exciting battle actually ended up with clubs barely changing positions in the final four months, although a final-day defeat for Spurs meant they slipped below Arsenal. 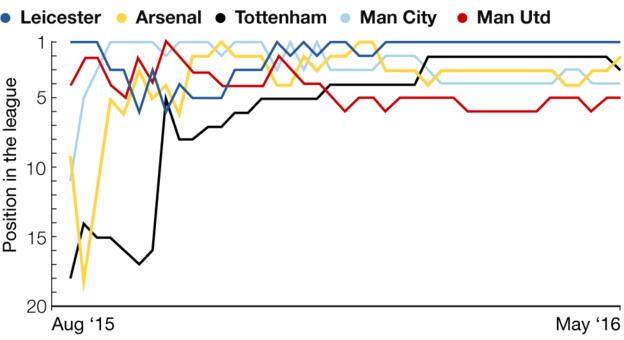 At the bottom, Aston Villa flat-lined in November and could not recover. It proved a slow death.

Norwich might consider themselves hard done by, slipping into the Championship despite spending 177 fewer days in the bottom three than Sunderland, who eventually avoided relegation - but not until their fans had had to endure another season at the wrong end of the table.

Dick Advocaat, Sunderland's manager at the start of the campaign, was the fourth favourite in the pre-season betting to be the first boss sacked. The bookies weren't far off - the Dutchman was the first to leave his post on 4 October, just a matter of hours before favourite Brendan Rodgers was dismissed by Liverpool.

Garry Monk was the surprise dismissal of the campaign - the 66-1 shot left Swansea in December just seven months after guiding the club to a highest top-flight finish of eighth in his first season as a manager.

But did sacking the manager work? For Sunderland, swapping the winless Advocaat for seasoned relegation-avoider Allardyce proved decisive.

In fact, of the six new managers brought in during the season, five had a positive impact. Only one - Remi Garde at Aston Villa - failed to improve his team's fortunes.

The performances of two of the top three, Leicester and Tottenham, owed much to a British core in both sides, hinting at a reversal in fortunes for homegrown players, who have long found their playing time limited by the presence of overseas imports.

But, in fact, the figures show that British players completed fewer minutes this season than in the previous four seasons. 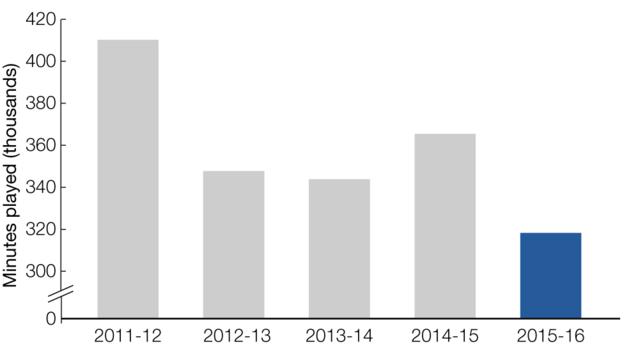 The goals of Harry Kane and Jamie Vardy - two of the top three in the goalscoring charts - ensured more goals were scored by British players than last season, but that is still down on the three previous years.

And there is another note of caution when it comes to enthusiasm about the achievements of homegrown players and their clubs.

For all the excitement around the Premier League title race, English teams were upstaged by Spanish sides in Europe's two club competitions - the Champions League and Europa League.

While Liverpool could yet win the latter - at the expense of Spaniards Sevilla - the Premier League can boast only one team in those two finals, while Spain has three. Spain also had twice as many semi-finalists across the two competitions, and three times as many quarter-finalists.

A reminder about the Premier League's standing at the end of one of its greatest seasons? 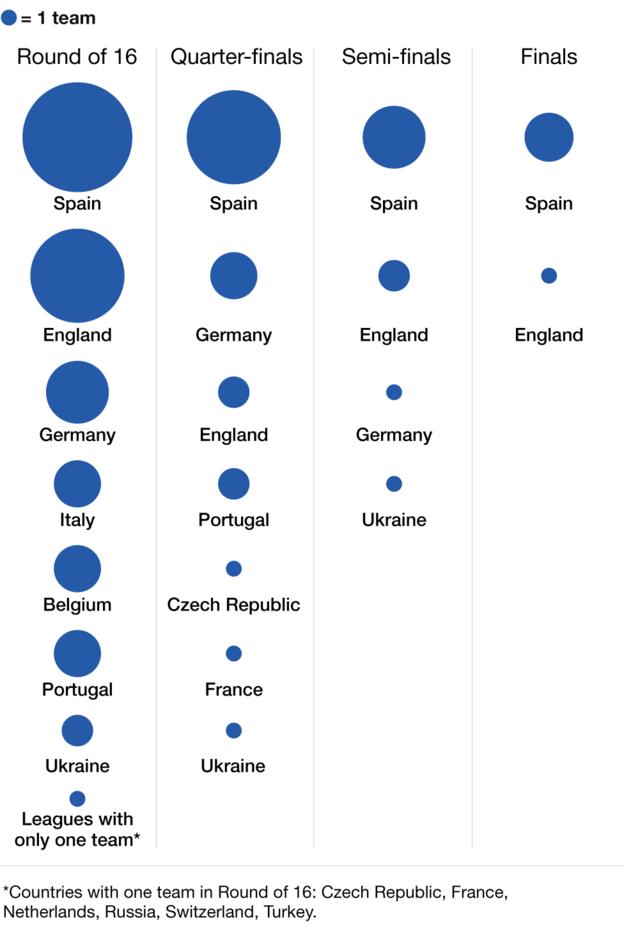