Chris Coleman's contract as Wales manager has been extended until after the 2018 World Cup.

The 45-year-old has been rewarded with a two-year extension by the Football Association of Wales for guiding his country to Euro 2016, Wales' first finals since the 1958 World Cup.

His previous deal was due to end after this summer's tournament in France.

"We need to build on what we have achieved and I'm looking forward to the challenge," Coleman said.

"It is a big challenge, but one I think we can conquer. I'm honoured to be in charge of Wales for two more years."

Coleman became Wales boss in January 2012 when he replaced the late Gary Speed. 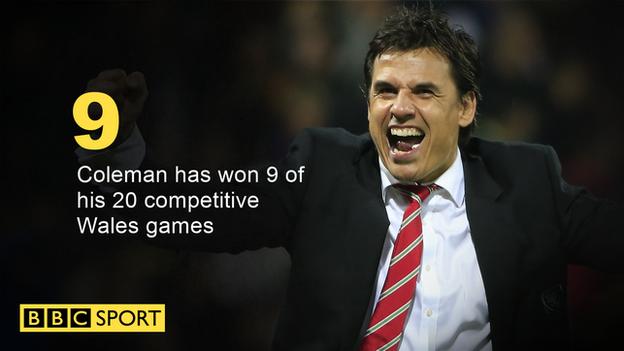 The former defender, who won 32 caps for Wales, has lost just one of his last 11 qualifiers and has won 12 of his 29 matches in all competitions in charge.

Coleman admitted negotiations on his new contract, which began in March, were not straightforward.

"There have been times I've come away from a certain meeting really frustrated, thinking maybe this is not going to happen. And I'm quite sure it was the same for the FAW," he said.

"It went on for quite a while, but I think that tells you that both parties wanted to get it sorted out, wanted to continue and finally we got there.

"I'll go back to club management one day, and I'd like to, but I think now I've got two more years so if I complete that, that will be the best part of seven years in the job, which is I think good service to your country."

FAW chief executive Jonathan Ford added: "We wanted to acknowledge the fantastic work Chris has done with his staff in ensuring qualification to the Euros in France this summer."

"There is no one better-qualified than Chris to lead Wales into its first World Cup in 60 years."

Wales begin their Euro 2016 finals campaign against Slovakia on Saturday, 11 June before facing England in Lens and Russia in Toulouse in Pool B.

Wales have not won in their three friendly matches since qualifying for the Euro 2016 finals and face Sweden in Stockholm on Sunday, 5 June before their Championship opener in Bordeaux.

The Welsh team start their 2018 World Cup qualifying campaign in September when they host Moldova in Cardiff. 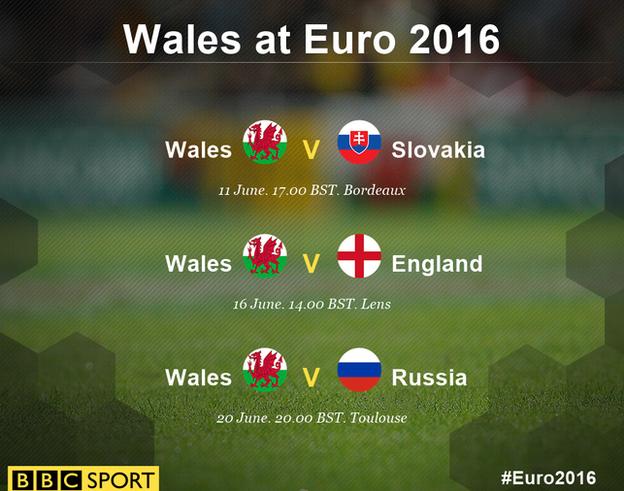