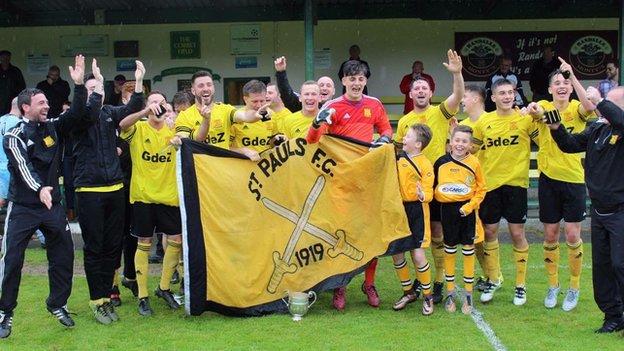 Stuart Andre headed the Jersey champions into a second-half lead after Kieran Lester had headed against the bar in the opening period.

Andre added a second header before Simon Tostevin pulled one back.

But Jersey striker Craig Russell hit a late third as North ended with 10 men after a red card for Jack Domaille.