Kingsley Coman might only be a teenager with three seasons of professional football under his belt, but he has a trophy collection that most players can only dream about.

It crowned a successful season for the winger, who is halfway through a two-year loan from Juventus, after moving to Germany last August.

Earlier this month he won the Bundesliga, his fourth league title in three different countries and was named in France's squad for Euro 2016. 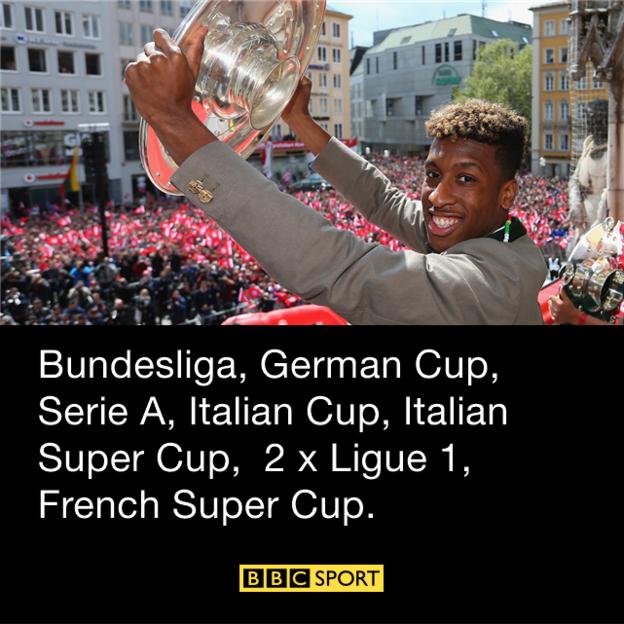 His first Champions League goal came in November and he also scored against his parent club in the competition as Bayern beat Juventus in the last-16.

Coman made his professional debut for Paris St-Germain on 17 February 2013 to become the youngest player in the club's history aged 16 years, eight months and four days.

He won two Ligue 1 titles and the French Super Cup before he signed a five-year contract with Juventus in July 2014.

In his only season in Italy he won Serie A, the Italian Cup and Italian Super Cup and came on a substitute in the Champions League final defeat by Barcelona.

By comparison Lionel Messi had won two La Liga titles, two Spanish Super Cups and the Champions League by the time he was 19 while Cristiano Ronaldo could only boast an FA Cup at the same age.