The Football League season is poised for another dramatic climax as six teams aim to be promoted by winning their respective play-off finals at Wembley.

Saturday's Championship showpiece between Hull City and Sheffield Wednesday is worth an estimated £170m to the winners.

Barnsley and Millwall will contest the League One final on Sunday, with AFC Wimbledon and Plymouth Argyle rounding the 2015-16 campaign off in League Two on Monday.

Hull manager Steve Bruce is a promotion veteran, having overseen Birmingham City's rise to the Premier League in 2002 and 2007 and leading the Tigers there in 2013.

Saturday, however, will be his first trip to Wembley for a play-off final - and it has not been an easy road for Bruce and his squad.

Inconsistency blighted their season and then they almost squandered a 3-0 first-leg lead in their play-off semi-final against Derby County.

"You can just detect there's a big game around the corner," Bruce told BBC Radio Humberside.

"The players are tackling each other and champing at the bit. You just have to put them on a little bit of a leash at times because we need to let them go on Saturday."

Hull were last at Wembley in 2014 for their FA Cup final defeat by Arsenal, and the experience gained during Bruce's 18-year managerial career could prove crucial as they attempt to return to the top flight at the first time of asking.

At the opposite end of the scale, the closest Sheffield Wednesday head coach Carlos Carvalhal has come to Wembley is watching English league football on television as a child in Portugal.

Carvalhal had a modest career managing in his homeland and in Turkey before joining Wednesday in June 2015.

His side have marched steadily up the table throughout the season and their performances in the play-offs were clinical, as they defeated Brighton over two legs to secure their place at Wembley. 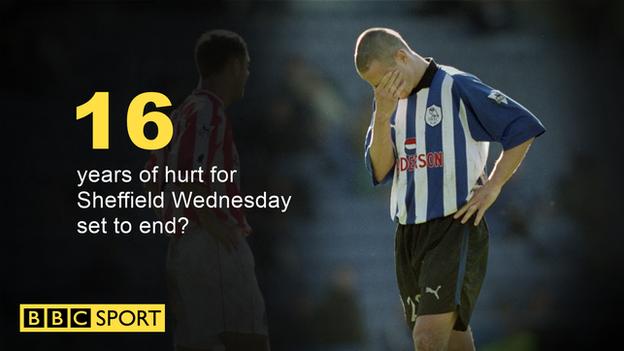 The South Yorkshire side have not visited the national stadium since appearing in both domestic cup finals in 1993, and have only finished in the top half of the Championship table twice since they were relegated from the top division in 2000.

"Hull City are a strong team with a very spirited coach - they are a premier team and it will be very tough," Carvalhal told BBC Radio Sheffield.

"My players know exactly what they need to do and we will prepare for this game like any of the others. We expect a very good answer from the players to the plan we will put into place."

In November 2015, Barnsley were bottom of the League One table having won just five of their 20 league games.

Six months on, they have won the Johnstone's Paint Trophy, snatched the last third-tier play-off spot and ruthlessly beaten Walsall 6-1 on aggregate in their semi-final tie.

Caretaker manager Paul Heckingbottom built on the work started by Lee Johnson, leading Barnsley through a run of 12 wins in 15 league games between December and March.

"Everything is bigger about the play-offs," Heckingbottom, who was part of the Barnsley squad promoted via the play-offs in 2006, told BBC Radio Sheffield.

"It's not just the prize at the end, but the bigger opposition, better-quality football and away games at bigger stadiums that come in the Championship.

"It's a cup final after 46 rounds and a two-legged semi-final and that brings its own unique tension, adrenaline and excitement for everyone. That's what makes a win that much more sweeter." 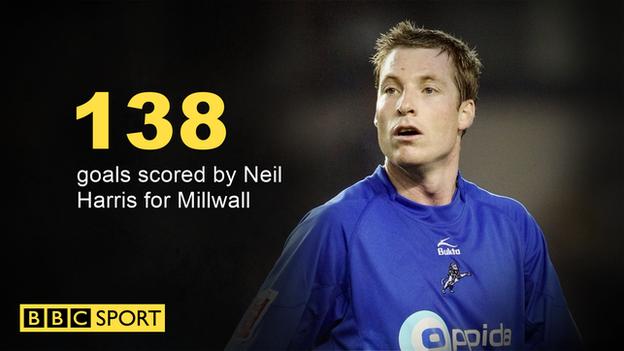 Millwall are eyeing an immediate return to the Championship, after seeing their five-year stay in the second tier end last season.

"We have come a long way as a group. We have a terrific bunch of lads and they have great spirit," the 38-year-old told BBC Radio London.

"Whatever happens on Sunday, the pride is back in the club and we have foundations to build on."

Harris, Millwall's record goalscorer, was part of the Lions side which won the League One play-off final in 2010, beating Swindon 1-0 at Wembley.

"Barnsley played there this year but they didn't play against Millwall or in front of our fans there," he said.

"The noise at The Den in the second leg against Bradford was something special. That is what we will have at Wembley, with 35,000 passionate fans going to back their team.

"Every time we have had that, the players have performed. You have to have the link between the terraces and the pitch at this club."

Phoenix club AFC Wimbledon could reach the third tier for the first time in their short history on Monday.

Formed in 2002 after an independent panel allowed the old Wimbledon FC to move to Milton Keynes, the Dons won five promotions to reach the Football League in 2011.

Neal Ardley, in charge at Kingsmeadow since October 2012, guided the club to seventh in the table following seven wins in their last 10 matches of the campaign.

"Somebody asked me if it is the biggest game in the club's history," ex-Wimbledon midfielder Ardley told BBC Radio London.

"But it is the biggest occasion in the club's history. Wimbledon and Wembley has a lovely ring to it and we know why.

"To take these fans to Wembley, it is a most unique club and a wonderful feeling for me and the players to do that for this group of fans - who, 14 years ago, were dealt the biggest kick you could possibly imagine and rolled their sleeves up and said 'no, it's not happening'." 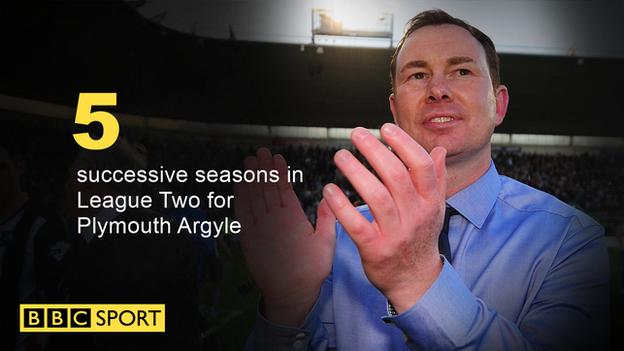 Plymouth Argyle have not been to Wembley since 1996. In that time, the Devon club has gone from topping the Championship in August 2004 to almost going out of existence seven years later.

Relegation from the Championship in 2010 led to financial instability at Home Park, the administrators turned up soon after and Argyle went down to League Two in 2011.

The club's players threatened to go on strike that September, having not been paid in full since the previous December, and only survived relegation out of the Football League on the penultimate week of that season.

"We nearly died, so to be here in this position is absolutely fantastic," Argyle president Chris Webb, who helped rescue the club, told BBC Sport.

"We had a torrid time with the players and staff not being paid for 10 months, but out of that we united the fans, the staff, and the city and the club was almost reborn.

"I believe if we can make that step at Wembley then we're well set up to challenge in League One as well."