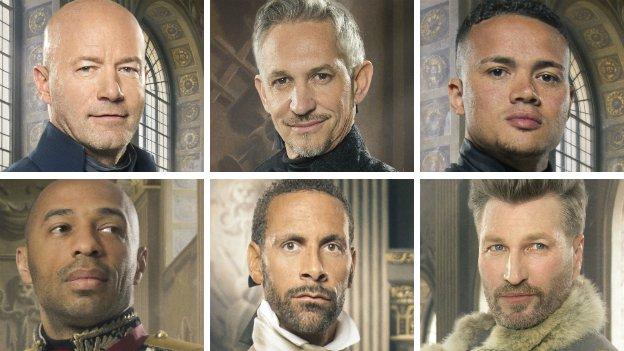 Euro 2016 starts at the Stade de France in Paris on Friday and ends at the same venue with the final on 10 July.

But who will get their hands on the Henri Delaunay Trophy this time, and how will home hopes England, Northern Ireland and Wales, plus the Republic of Ireland, get on?

Twenty BBC Sport TV and radio presenters and pundits predict what will happen during the next four weeks.

You can make your own predictions and take on your friends and other fans using the BBC's Euros Predictor.

Gary Lineker: France have to be the favourites because they have got so many really top-quality players, plus home advantage obviously. I fancy them quite strongly but after that you have Spain and Germany who will also be contenders.

Spain's league is so strong - you only have to look at how many teams they got to the latter stages of the Champions League - and although Germany have not been brilliant since they won the World Cup, they do tend to turn it on for tournaments.

Thierry Henry: The only thing Germany are missing is a number nine. If they had the strikers they used to have then they would destroy teams, but I saw a lot of their games in qualifying and they could not finish.

I think France will do it, not because of the individuals we have but because we are finally again a good team.

Alan Shearer: When you look at some of the players France have then they have to be favourites. Plus I was here in 1998 when they gathered that momentum on the way to winning the World Cup and once the crowd gets behind them, they will be difficult to stop.

Rio Ferdinand: France have got some big-match winners in Antoine Griezmann and Anthony Martial, who is so explosive when he runs at defenders. He is already the player Manchester United look to to make things happen and I am expecting big things from him in France.

Jens Lehmann: France will have to deal with the pressure, I am not sure whether they can. In the same way, the German players know they are expected to win but they like that - the pressure makes them play better.

Germany love being favourites and they have set the target themselves by saying that winning Euro 2016 is just a step on the way to winning the World Cup again in 2018.

Chris Waddle: I'm backing Spain but the other team I would put up there is Belgium. They have got the squad, but can they find the right 11? They underachieved at the World Cup but they would love to cross the border, walk into France and win it.

Danny Murphy: Belgium should be looking to do much more than they did in Brazil two years ago, when they reached the quarter-finals, but it is hard to look further than France.

The only issue with them is that Olivier Giroud is up front because Karim Benzema was not considered for selection. That weakens their attack but they are powerful in midfield and will have Martial and Griezmann playing off Giroud.

Martin Keown: I do like France and also Belgium, who were the youngest qualifiers. But this tournament comes off the back of watching Leicester win the Premier League so now I feel that anything is possible in football.

Chris Brunt: Germany are the team to beat but, if I had to put a pound on it, I would have to put it on Northern Ireland. I would look stupid if we won it and I hadn't backed us.

How far will England go?

Alan Shearer: I am being optimistic but I hope we can get to a semi-final. I am looking forward to the tournament and we have some exciting young players coming through but my concern would be defensively - any team that wins the tournament have to be solid at the back, and I am not sure England have got the players to do that.

Gary Lineker: It is a bit early for us. We have loads of potential but it is a hell of a long shot to think we can win it. It is a chance to nurture the squad and basically say this is all about preparation for the future.

Rio Ferdinand: We should be demanding an improvement from the World Cup, where England failed to get out of the group stage. But although we have to be competitive we do not have to reach a quarter-final or a semi-final for this tournament to be seen as a success. I want us to finish it and think 'there is hope' - that would be a step forward.

Chris Waddle: To the quarter-finals, if I am honest. They will come up against the big boys then and it will be very hard to go any further. But the pressure is on from the start because England are the favourites in their group and the other teams will see them as a scalp even if they just get a draw.

Jermaine Jenas: I think England can do something. I don't think we will win it but this team can do something special and be a team we can be proud of again. I would be delighted if we got to the semi-final.

Danny Murphy: The quarter-finals are a must to call it a success. We have to get to that level with the players we have got, otherwise we have failed.

Can Northern Ireland spring a surprise?

Chris Brunt: It was important that we kept our 12-game unbeaten run going into the tournament because momentum is a big thing for us. We have proved over the last year or so that we can mix it with anybody - we are hard to beat and we can win games as well. It is a great combination really.

I think we have got a realistic chance of getting out of our group. Germany will be the favourites but it is wide open between the other three teams - Poland and Ukraine are a similar standard to Romania and Hungary, who we came up against in qualifying.

Mark Lawrenson: Qualifying was a fantastic achievement but I do not see them reaching the last 16, especially if Kyle Lafferty is not going to be fully fit - which is still a concern. 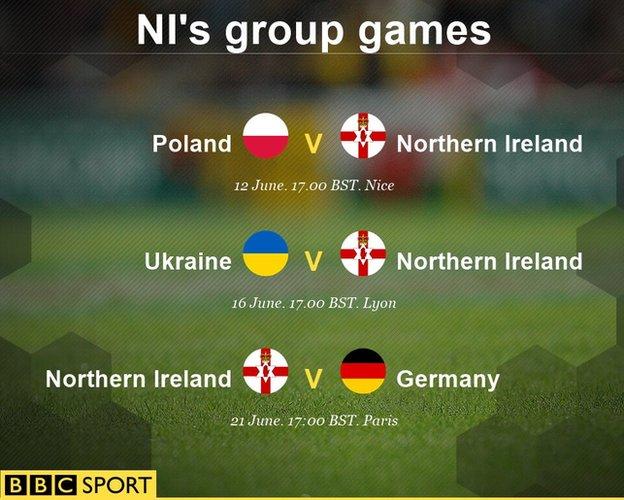 Gerry Armstrong: I don't think Germany will be the toughest game in our group. That is the first one against Poland and if we can get something out of that one it would really set us up. Draw that game and beat Ukraine and we are into the last 16.

Martin Keown: They are going there to enjoy themselves but on the back of that there is a pride that they want to win as well. They are not there just to make up the numbers - they will have a go.

Kevin Kilbane: Realistically, if they can get out of the group stage then that is a success in itself.

Rio Ferdinand: Wales are my dark horses. When you have got a player like Gareth Bale that the whole team seem to be willing to sacrifice their games for, knowing what he can do, it can be quite a powerful thing.

I am not saying they are going to win it but they know if they defend well and give him the ball in good areas they have got a chance in every game they play.

Jermaine Jenas: What Cristiano Ronaldo needs to do for Portugal, Bale has got to do that for Wales. You could argue the Wales team is better than Portugal with what they have got. They are definitely a team I would be worried about. 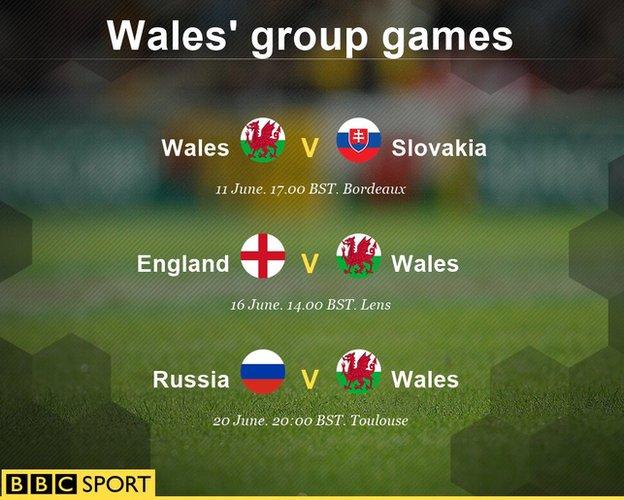 Robbie Savage: I think we can get to the quarter-finals but how far we do go depends on what happens to Bale. If you stop Bale then you stop Wales. Simple as that. In that group, he is the only player I would pay to watch.

John Hartson: Slovakia is a game we can win then England will be tough but, by the time we play Russia, I think England will have beaten them so hopefully they will have softened them up for us.

I think we will give a good account of ourselves. Bale will be pivotal but we defended really strongly in qualifying with six clean sheets in 10 games, and that will be the key to getting out of the group.

Dean Saunders: It is a tough group, nobody is a a pushover. Some people look at the Slovakia game as being winnable but they have just beaten Germany and have some really good players. So we should just aim to get out of the group. It's great for all the players to just be there to start with.

How will Republic of Ireland do?

Kevin Kilbane: We have a really tough group, clearly, but I am very confident about the first game because if you take Zlatan Ibrahimovic out of the Sweden side then I think man-for-man we are on a par with, if not better than them.

I would take anything at all from the Belgium game and then it is Italy. I covered Italy all the way through qualifying and I do not see them as a side that is really going to come and open the Republic of Ireland up or hurt us.

I would not want us to be hanging our hat on winning that last game but we will get out of our group.

Mark Lawrenson: It is a very tough group and I do not know where the Republic's goals are coming from. I think they will finish third at best, and fourth place is more likely.

Lawro will be predicting the outcome of every game throughout the tournament in his European Championship predictions. See his picks for the first round of group games here.