The 34-year-old has been at Old Trafford since signing from Tottenham in July 2006 and made 42 appearances last season.

"I am delighted that this incredible journey is continuing. It's great to have the opportunity to work under Jose Mourinho," he said.

"I would like to thank the fans for their unwavering support."

Carrick's previous deal - signed back in November 2013 - was set to expire at the end of this month and he had been approached by A-League side Perth Glory about a possible move to Australia. 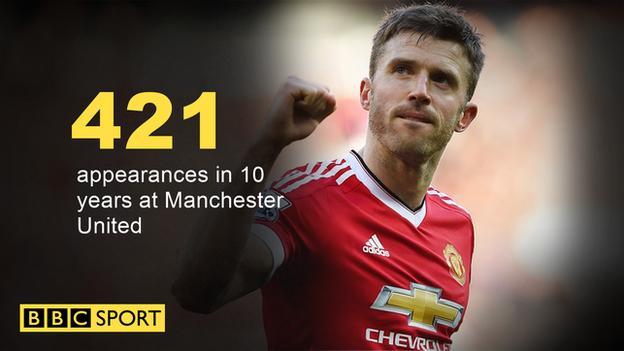 But manager Mourinho sees Carrick as a useful asset as he prepares for his his first season at United.

"Michael has a wealth of experience from his many years at the club and that knowledge will be invaluable to me," said the Portuguese.

"I am really looking forward to working with him."

Manchester United had been linked with midfielder Renato Sanches before the 18-year-old completed a move to Bayern Munich in May.