The most disappointing thing about watching Northern Ireland start Euro 2016 with a defeat to Poland was our lack of threat in the final third.

Our set-pieces were poor and we should have kept possession far better in open play. The midfield three who were meant to be supporting Kyle Lafferty did not get forward enough and, when he was up front on his own, he got no decent service at all.

Yes, Poland dominated the game but Northern Ireland are used to that happening and I could tell from listening to their captain Steven Davis talk after the final whistle that he also felt they should have done better with the ball at certain times.

You have got to remember these players are in the finals of a major tournament for the first time and maybe it will take them time to adapt to it.

It certainly looked as if they gave Poland a little bit too much respect, especially in the first half, but there were some positives, too - as a defensive unit, we were excellent.

'We got caught cold after the break' 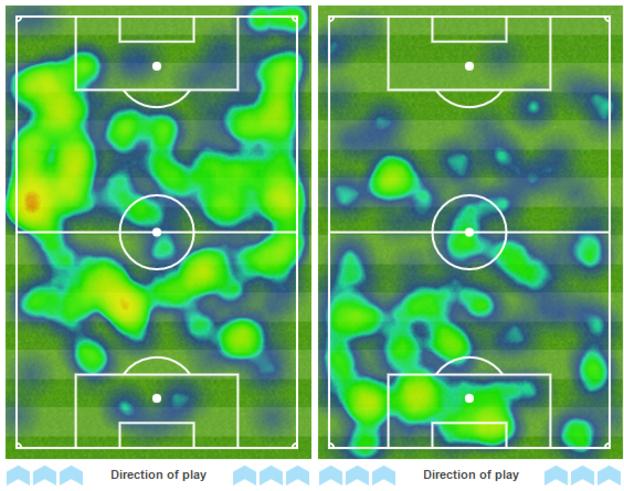 For all of Poland's possession - and in the first half it was 68% - they did not batter Northern Ireland and it took them until the 29th minute to force Michael McGovern into a save.

Michael O'Neill's team were excellent at staying compact and forcing the ball into wider areas but, as I said to Gary Lineker at half-time, the 10-15 minutes after the interval were vital.

Unfortunately the Poles scored six minutes into the second half and I kind of saw it coming.

When your team has been defending and concentrating so much for the entire first 45 minutes, it is difficult to quickly get back up to the same levels again straight after the break and they just got caught cold.

'We are not going to play through teams at this level'

Northern Ireland are usually big on set-plays whoever they play and they would have worked on them a lot in the run-up to this game because they know they are not going to play through teams at this level.

But apart from one well-worked free-kick where the ball just ran away from Davis in front of goal, they just did not nail them in Nice.

When O'Neill brought on Conor Washington in the second half and switched to playing two up front, we carried a bit more of a threat.

You could not question the effort and application of our players and the thousands of travelling fans, and everyone back home, should be very proud of them. Even so, Poland deserved to win.

'Nothing has changed - we have to beat Ukraine'

It was a disappointing result but it has not changed much about the Ukraine game from a Northern Ireland point of view.

For me, they are not as strong as Poland or Germany and it was always the easiest-looking game in Group C.

If we want to qualify out of this group, then we are going to have to win in Lyon on Thursday.

How will we do it? Well, I think O'Neill might start out by being cautious to begin with.

He will want to keep his favoured three-centre-halves intact but I think he will be tempted to go with two strikers so a 3-5-2 formation would work. That is the approach I would favour.

Yes, we have lost our first match but one win could get us to the last 16 and, with Germany to play in our final group game, the best chance of us getting that will be against Ukraine.