Northampton Town forward Ricky Holmes has handed in a transfer request, the League One club have confirmed.

The 28-year-old was a key member of the side which won the League Two title last season, scoring 11 goals in 32 appearances in all competitions.

The club say "various offers" have been rebuffed, understood to be from League One rivals Charlton Athletic.

"We have rejected offers because we don't want to lose Ricky," said chairman Kelvin Thomas. 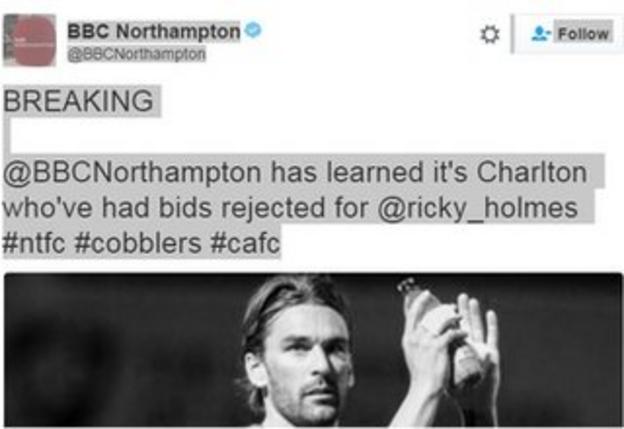 "However his request is a bit of a game-changer. We will continue discussions over the next few days with both Ricky and the club concerned.

"Both understand that if anything is going to happen then the club's valuation will need to be met."

Holmes arrived at Northampton on a free transfer from Pompey in January 2015, having previously played for Barnet.