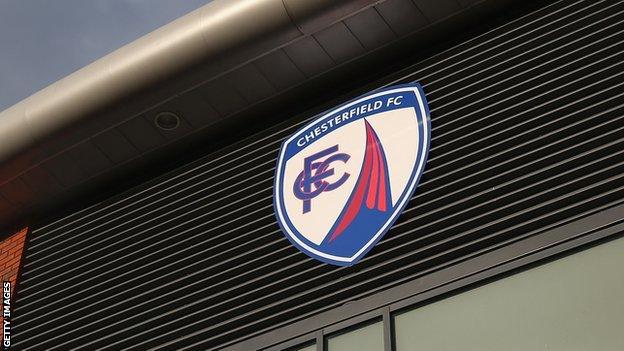 Chesterfield have apologised to fans after the winning entry in a competition to follow the team on their pre-season tour of Hungary was faked.

Supporters of the League One club had been invited to enter a £20 raffle.

"Surrey-based Spireite James Higgins" was declared the winner but, in an online article later deleted, the club said he had been too ill to travel.

Director Ashley Carson apologised to the four supporters who entered, and said a full review will be held.

Carson added the "winning entry was not legitimate" and the information supplied to the club's communications department had "clearly been falsified".

"The club has a zero-tolerance approach to such misleading activities and we remain committed to supporting our supporters on every level, which includes transparency and clear communications," said Carson.

"Following the internal review, disciplinary action will be taken."

The club declined to comment further when contacted by BBC Sport.

Evans must wait for debut

Striker Ched Evans, who is yet to make his debut for the club, sat out Tuesday's friendly against Matlock Town because of a knee injury.

Evans, 27, signed a one-year deal in June, despite facing an October retrial over rape allegations.

He was jailed in 2012, but the Court of Appeal quashed his conviction in April. Evans was released in October 2014, and has always denied the charges.