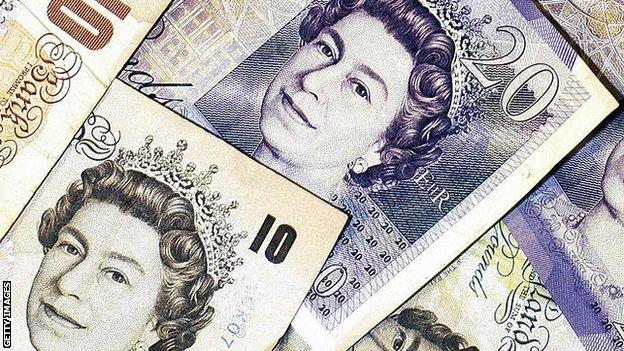 English football authorities have pledged to probe corruption claims made in a Daily Telegraph investigation with "full force".

The Football Association, Premier League and Football League issued a statement saying the game's integrity was of "paramount importance".

It comes after Sam Allardyce left the England job on Tuesday.

His departure followed a Telegraph investigation claiming he offered advice on how to "get around" rules on player transfers.

The League Managers' Association has said it is "extremely concerned", and is working with the Football Association "to establish the facts".

The Association of Football Agents said the transfer system was "open to abuse".

"The global move to deregulation has not worked and it has allowed the system to be more open to manipulation and abuse," said Mike Miller, chairman of the AFA.

"The time has come for the key stakeholders in this country to genuinely come together to establish a new framework for the future."

She added: "We have been clear that we expect the highest standards of governance and transparency from sports governing bodies, here in the UK and on the international stage."

The LMA said that it "takes the allegations very seriously as they are obviously damaging to the game".

Two Championship bosses are also said to be open to bribes, but none of the managers have been named.

Pino Pagliara, an unlicensed Italian agent who was banned from football for five years for match-fixing in 2005, was filmed alongside two other agents, naming managers, including five they claimed to have personally paid off.

The newspaper has agreed to pass transcripts to the FA, English football's governing body, as well as handing information to the police.

Cardiff City in the spotlight

The Telegraph also reports that Cardiff City investigated a transfer deal done with West Ham United when Allardyce was in charge of the Hammers.

It is claimed auditors discovered evidence of "unexplained payments" when Ravel Morrison joined the Welsh club on loan in 2014, with Pagliara alleged to have been the agent involved.

However, during their investigation, the club failed to put the allegation to Allardyce and neither the police nor the FA were involved. The failure to report it to the FA could be a breach of the governing body's rules.

The Telegraph says that an outside company was brought in to carry out a more thorough internal inquiry but they could not find any evidence of the payment being made to Allardyce, nor of any payment being made directly to Pagliara, so the club wound up the investigation.

A Cardiff spokesman said: "Mr Pagliara was not paid by the club. We investigated the matter thoroughly."

Pagliara denied paying bribes to any managers and specifically rejected the allegation of improper conduct during the Morrison deal.

Leicester Tigers' director of rugby Richard Cockerill has warned of the growing influence of money and agents in rugby union.

"Where money is involved it brings the best and worst out of everybody - that's human nature.

"So it's certainly something the game needs to be mindful of, but I don't think we are at that point at the moment.

"We have a good core value system within the game, and we have to make sure the people that are running the game, coaching the game [respect that]."