Chelsea boss Antonio Conte says he was "not mocking anyone" after appearing to antagonise Jose Mourinho in Manchester United's 4-0 defeat at Stamford Bridge.

Conte encouraged Blues fans to make more noise in the closing stages, with reports claiming Mourinho told the Italian at the final whistle that his actions had "humiliated" United.

But Conte said: "I've been a player too and I know how to behave.

"I always show great respect for everyone, including Manchester United."

Mourinho, 53, received a relatively warm welcome at Stamford Bridge, although the match ended with the Portuguese boss seemingly having harsh words with Conte.

The 47-year-old Italian had urged the home fans to raise the noise levels in appreciation of his team's performance - because he could only hear the travelling United fans.

Reports in the Italian media claimed Mourinho told Conte: "You don't celebrate like that at 4-0, you can do it at 1-0, otherwise it's humiliating for us."

Neither manager confirmed what was said in their post-match media conferences.

"There was no incident, it was just a normal thing to do. I wasn't mocking anyone, I wouldn't do that," said Conte.

"Today it was right to call our fans in a moment when I was listening to only the supporters of Manchester United at 4-0.

"The players, after a 4-0 win, deserved a great clap. It's very normal.

"If we want to cut the emotion we can go home and change our job."

United were aiming to go above their hosts into fifth with a victory at Stamford Bridge, but were instead left to reflect on their heaviest Premier League defeat since the 6-1 drubbing by Manchester City in October 2011.

It was also the heaviest defeat for Mourinho in all competitions since Real Madrid's 5-0 defeat by Barcelona in November 2010.

United conceded after just 30 seconds when Chris Smalling's hesitation allowed Pedro to score the opener, with Cahill adding another 20 minutes later before second-half strikes from Hazard and Kante sealed an easy victory.

"To the millions of fans we have around the world they have a bad feeling and I am so sorry for that," said Mourinho.

"I feel deeply the situation but there is only one answer, training on Monday and keep fighting."

Chelsea endured a miserable campaign as they tried to defend their Premier League title last season, started badly under Mourinho - who was sacked in December when they were 16th - before rallying under interim manager Guus Hiddink to finish 10th.

Conte, the former Italy and Juventus coach, was appointed to restore their fortunes and sees his side one point adrift of Premier League leaders Manchester City after Sunday's win against United.

"We wanted to show our ambition and give the satisfaction to our fans and show last season was very bad," he said.

"It is important for the manager to find the right solution for your team.

"It was not a good situation when Chelsea conceded in every game, we change and now we are playing good football." 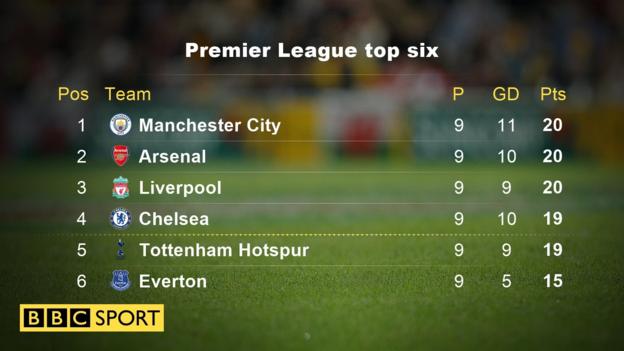 Chelsea have not looked back since formation change - Neville

After the first six games of the season, which saw them struggle defensively and lose to Liverpool and Arsenal, I was wondering what their new manager Antonio Conte was doing. His team looked like the same old Chelsea who struggled last year.

But then Conte changed to the 3-5-2 formation that has brought him such success with Juventus and Italy, and they have not looked back.

While Chelsea look like they have found the formation and system that suits them, United are still searching for theirs.

It looked like they might have found it against Liverpool at Anfield on Monday night when they were hard to beat, solid, aggressive and a threat going forward.

They still created chances against Chelsea on Sunday but pretty much everything else went out of the window - they were opened up far too easily and did not have the same aggression.

"Other players dragging Pogba and Zlatan down" - Mills

With Mourinho's experience and how good he is tactically and defensively, I thought United would be so much better than they have been.

There has been a lack of pace in wide areas, no real penetration, they're not getting behind the opposition. It doesn't look greatly different than under Louis van Gaal.

I go through that United team - how many players get in top-five sides? De Gea? Yes. Pogba? Yes. Ibrahimovic? Yes. The rest? I don't think they would.

I know Pogba gets a lot of stick - he is the world's most expensive player, he has come back and maybe not quite fulfilled expectations, it is difficult.

When you put an average player into a great side, that player gets better because they play around better players.

When you put a great player into an average side, the level comes down, those players are not as good as he is used to.

Pogba and Zlatan have suffered from that a little; others around them are not up to that level and are dragging better players down.

Your reaction - the best #bbcfootball tweets

'The Humiliated One' - media reaction 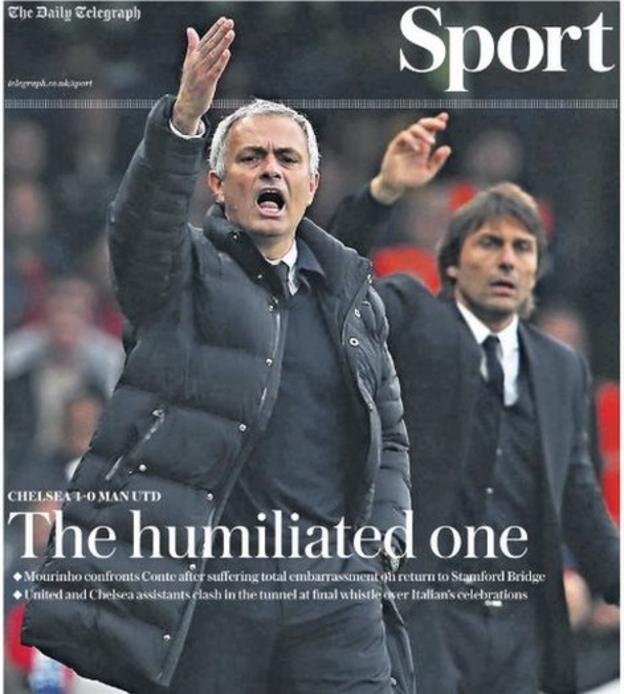 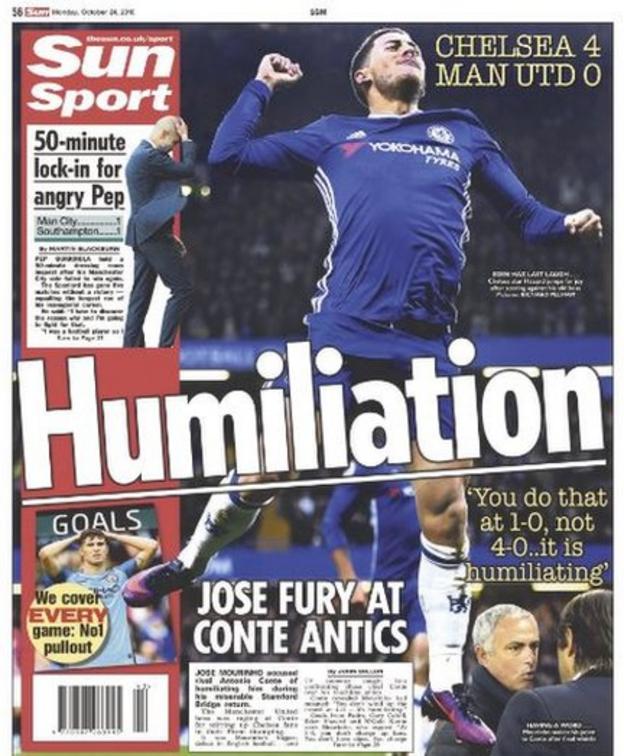 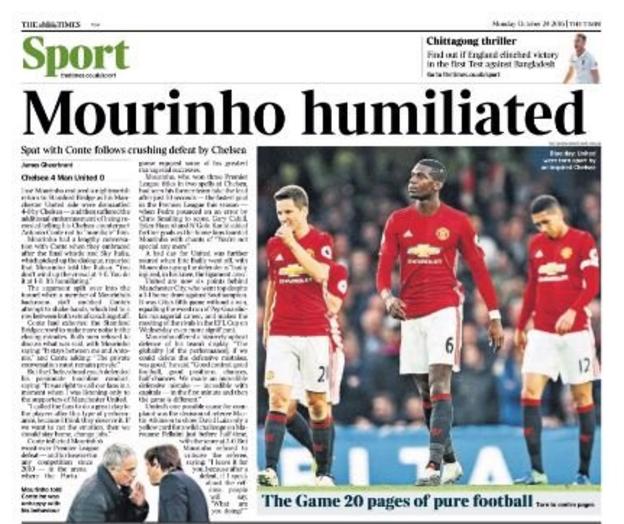