It is not so long ago that Phil Jones was becoming Manchester United's forgotten man but he showed again in Sunday's 1-0 win over Tottenham that he can be the mainstay of their back four.

Injuries meant he did not play for United's first team from 2 January until the start of November and, in that time, they signed Eric Bailly, and also used Daley Blind, Chris Smalling and Marcos Rojo at centre-back.

I was left wondering where Jones would fit into Jose Mourinho's plans when he returned to fitness.

His ability and potential were not in doubt but his problem was the same as it often has been since he joined United aged 19 in 2011 - a lack of consistency, either in staying fit or in playing in one position for a sustained period.

Jones was at the point in his career where he had to play, and deliver. So far, he is doing both.

The time to assess him fully on that will be at the end of the season but, since coming back into the team, he has been in absolutely unbelievable form.

What we are seeing now are the benefits of him being given the same role in the centre of defence and, over the past seven games, he has proved that he has the ability to become United's number one centre-back.

'Mourinho has found a defensive partnership that works'

In the past there were always the accusations that Jones was a little bit rash - that he would dive into silly tackles and get himself injured.

But I have not seen that since he has come back into the team and there seems to be a bit more maturity to his game.

What has also helped him is having a regular partner at the back, and being part of a settled back four.

Throughout his managerial career, once Mourinho finds a defensive combination that works then he doesn't seem to change it.

At United, Matteo Darmian is his equivalent of Cesar Azpilicueta at Chelsea - a right-footed left-back - and Antonio Valencia has probably been one of the best right-backs in the Premier League this season.

Mourinho has found a partnership that works in the centre too, with Jones and Marcos Rojo.

The beauty of that is that they are a right and left-footed pairing and I also like the way they concentrate on defending and winning their duels rather than hitting 60 or 70-yard passes or dribbling out from the back.

It works. You cannot say they have not been tested together yet because they have come up against three of the best strikers in the league in the past few weeks.

Jones and Rojo kept Harry Kane completely quiet on Sunday, the same as they handled Arsenal's Alexis Sanchez and Everton's Romelu Lukaku, and they stopped all three of them from scoring. 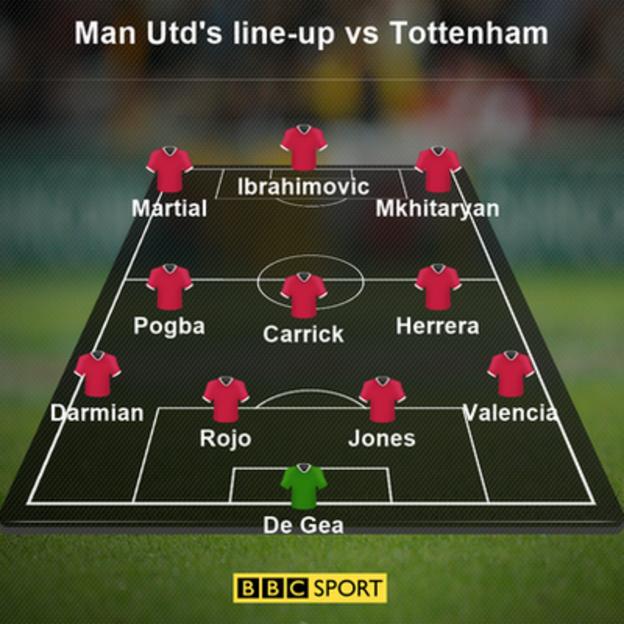 Bailly is going away to the Africa Cup of Nations, which starts on 14 January, with Ivory Coast and he is going to find it really difficult to get back in the United team before then.

Apart from him not playing at the moment, however, I think Mourinho feels he has found his best team with the line-up that faced Everton and Spurs.

They look strong at the back and they have got a fantastic balance in midfield with players who can win the ball and use it.

A big part of that is Ander Herrera, who has been absolutely outstanding. He does not have the flair or Pogba or the class of Carrick but having him in the team makes both of them better.

Herrera is the type that you don't know the true value of until you play or work with him because, from the outside, it may not appear that he scores or makes enough goals, or plays the killer passes.

But I would describe him as United's fireman because he is always exactly where he is needed on the pitch.

He set up United's winner against Tottenham but, quietly and efficiently, he did a lot more than that. He covered more ground than any other player, made the most interceptions and tackles and, if you look at his touch map, then he touched the ball in every area of the pitch.

You can almost say to him 'you go wherever there is trouble, and sort it out'. He is not only a tough player, because of his background at Athletic Bilbao, he is a clever one too.

'United heading in the right direction'

Yes, Sunday's win over Spurs was only United's second in the past nine league games but some of the criticism of Mourinho has been getting over their form is very unfair.

They only lost one game during that time and people were trying to look at their draws as disasters when they were nothing of the sort.

People might say I am biased as an ex-United player but I am just saying 'look at things from a balanced point of view'.

United are sixth in the Premier League, into the last 32 of the Europa League and in the semi-finals of the EFL Cup. That is no disaster. 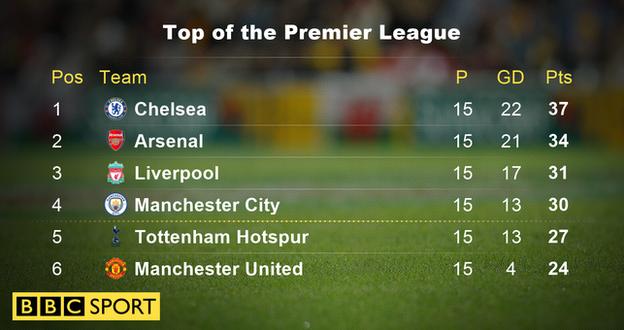 Last week's performance at Everton was probably their poorest in the past couple of months but generally, I have been watching them and thinking they are heading in the right direction.

After watching their draw with Arsenal on 19 November I thought this was a much-improved United team with a system that worked.

They look like they are going to attack, create chances and score goals.

Not only that, they play an exciting and attractive style of football that I associate with United and one that, as a fan for 39 years, I want to see when I go to Old Trafford. Mourinho deserves credit for that, not criticism.