Both players will continue to play for Hoffenheim, who are fifth in the table, before moving to Bayern in the summer.

Defender Sule, 21, has signed a five-year deal for an undisclosed fee.

Free agent Rudy, 26, who captains Hoffenheim from midfield, will join Carlo Ancelotti's side on a three-year contract. 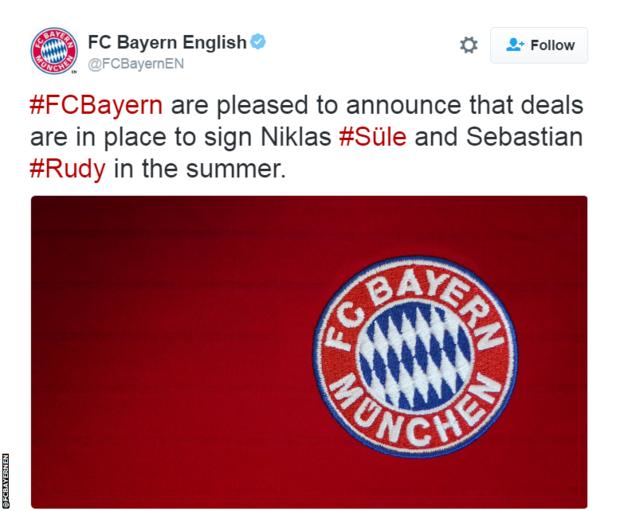 "Sebastian Rudy comes on a free, while we have come to a serious and fair agreement with Hoffenheim for Niklas Sule."

Sule described Bayern as "one of the best teams in the world", while Rudy said "moving to Munich is an absolute dream and I want to win trophies there".

Bayern resume their campaign after the winter break on Friday when they play away at Freiburg.

Ancelotti's side are three points clear at the top of the Bundesliga.