Mesut Ozil has been named Germany's Player of the Year for the fifth time in six years.

"My highlight was the Euro 2016 quarter-final against Italy - I enjoy thinking back on my goal," said Ozil.

Ozil helped Germany reach the semi-finals of Euro 2016, where they lost to host nation France, 2-0 in Marseille.

His contract at Arsenal expires in 18 months and Ozil says he wants to know the long-term future of manager Arsene Wenger before committing to a new deal at the club.

Ozil has scored 21 goals in 83 appearances for Germany and helped his country win the World Cup in 2014, when captain Manuel Neuer won the Player of the Year vote. 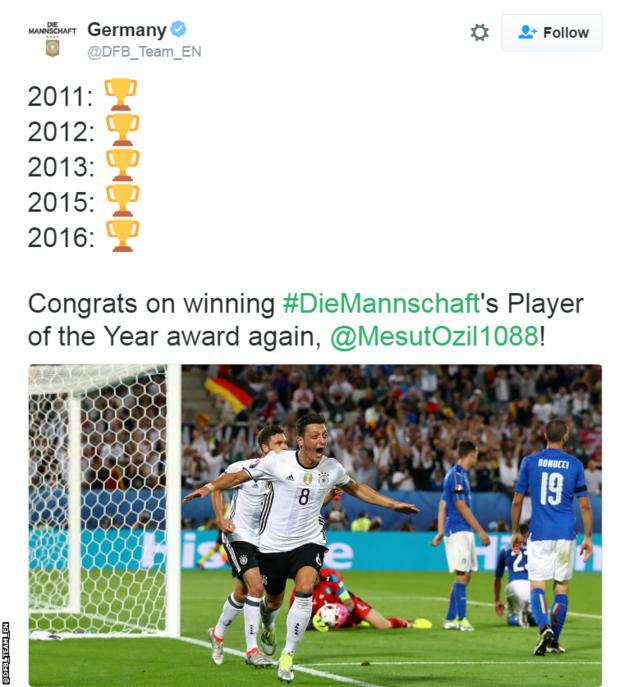