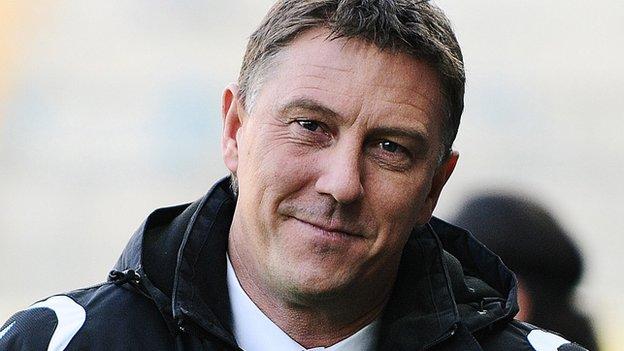 The 54-year-old takes charge of a team in need of a lift, with Pirates lying 10th in the league and having recently suffered a club record 6-0 defeat.

Jonevret has been named coach of the year in both Sweden and Norway.

"It is my sincere hope and desire that I can repay the faith the Chairman has shown in me," the former assistant coach of Sweden said.

"I greatly appreciate the opportunity to work as head coach of Pirates," he told the club website.

Jonevret, who won the Swedish league and cup double with Djurgardens in 2005, was then voted coach of the year in Norway in 2009 after his work with Molde.

His most recent job was with Viking Stavanger, who he left in November 2016 after four years in the job.

The former player takes over with immediate effect from Augusto Palacios, who had been working as interim coach since November following the dismissal of Muhsin Ertugral.

"One other aspect which attracted us to Mr Jonevret was his loyalty to the clubs he worked for," Khoza told Pirates website.

"In an industry where coaches around the world have become accustomed to moving from one club to another, Jonevret has shown in (his) previous clubs that he is someone who wants to be involved in long term projects and not quick fixes."

"Success is a journey and not a sprint. It is our desire that the club goes back to its former glory and in Jonevret, we believe that we have someone who can achieve that."

Pirates' only realistic chance of success this season is winning the South African FA Cup, which begins next month.

The Johannesburg club won the African Champions League in 1995 and were runners-up in the Confederation Cup in 2013.