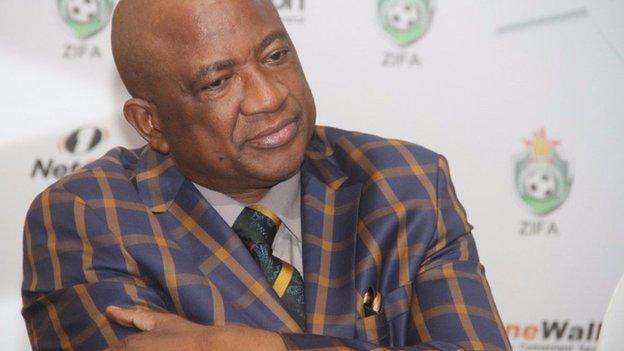 Thursday's gathering of African football bosses and Fifa chief Gianni Infantino is about 'celebrations' not 'football matters', says its organiser.

Long-standing Caf president Issa Hayatou has not been invited.

"When you do your party, invitations are sent at your own discretion," said event organiser Chamu Chiwanza.

"I'm not saying he's not close to the Caf president but if you're not friends, why would you invite them just because they have a position?"

Chiwanza, the chair of Zimbabwe's Affirmative Action Group, is head of the organising committee for this event.

The function is officially to celebrate Chiyangwa's 58th birthday and his unexpected appointment as president of the Council of Southern Africa Football Associations (Cosafa) in December.

However, some claim the gathering is a platform to bolster support for Madagascar FA head Ahmad, who takes on Hayatou in next month's Caf presidential elections.

The Malagasy is seen as the most serious challenger to the Cameroonian, who took charge of Caf in 1988, for many years.

Some 24 heads of African football associations are expected for the event hosted by Chiyangwa, Ahmad's campaign manager.

Earlier this month, Cosafa pledged its support for the Malagasy ahead of the 16 March elections in Addis Ababa.

Nigeria Football Federation president Amaju Pinnick, who will also be in Harare, has already told the BBC he will vote for Ahmad as well.

That theoretically accounts for 15 votes, with a total of 28 needed to unseat Hayatou.

Caf warned Chiyangwa not to hold the gathering, insisting that he is not allowed to discuss football matters with leaders outside the Cosafa region.

"Rest assured there is not going to be any meeting to discuss crucial football matters with the Fifa president - it's about celebrations," said event organiser Chamu Chiwanza.

"Phillip is known for doing extraordinary things. He brought Michael Jackson to Zimbabwe in 1998 and who knows, maybe even Donald Trump will be part of the delegation next year!"

Infantino will arrive in Zimbabwe on Thursday evening prior to departing for Uganda on Friday night.