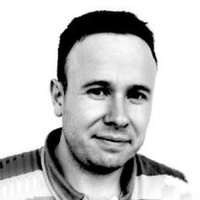 Kenny Shiels is a football manager. Yet, over the years, he has become something of a grief counsellor.

Five years ago, Shiels - currently in charge of Derry City in the League of Ireland's top flight - memorably led Kilmarnock to trophy glory.

But the joy felt by the manager and his team was given the most sobering of perspectives when one of his players, Liam Kelly, accompanied his stricken father to hospital instead of celebrating the club's first Scottish League Cup victory.

The midfielder's dad suffered a fatal heart attack and Shiels spent the subsequent days and weeks leading the Killie players - and Kelly in particular - through the darkness.

Tragedy is something that Shiels has grown accustomed to handling. He has had to.

Only last month, his captain, Ryan McBride, was found dead at his home in the shadows of the club's Brandywell Stadium - less than two days after he had helped them to a thumping win over Drogheda United. He was just 27.

"If you'd offered him Derry City or Manchester United, he'd have picked Derry City," Shiels said of McBride. "He was a local boy done good."

An emotional Shiels read a poem at McBride's funeral, with it especially poignant to the club given, almost exactly a year before, one of McBride's team-mates, Joshua Daniels, lost five members of his family, including his mother and sister, in an accident over the border in Donegal.

"We have an old saying 'through adversity we get stronger together' and we had used that a lot because of what happened to Josh's family," he said.

"And then, bang, it happens again, with those thoughts very, very prominent in our minds throughout the year and then this comes.

"We'd been over the course, but it is a different kind of grief because it is a current captain, never mind a current player."

Shiels has used what he has learned from those experiences to aid those affected.

"You try to deal with the tragedies in a way in which you can show your grief, which I do as I'm a very emotional person, but also to show support," he said.

"I don't think I will ever harden to conceal my emotions and it's easier for me because I can get rid of emotions within those moments.

"But there's other people - and I watch the players and this is where I have to manage them - the ones who close it up. They clam it up inside.

"Wee Josh is like that. When you go into that room and there's five coffins and they're all his close kin, he's had to go through that.

"The anniversary is one thing which brings it to his forefront and then there's the five different birthdays, then Mother's Day, then other poignant moments through the year and throughout his life.

"And now Ryan, the colossus that he was, his heart was there to do good."

Despite what happened off the pitch, Shiels still has an enormous amount of pride when he allows himself to remember Kilmarnock's victory over Celtic at Hampden in 2012 as they lifted their maiden League Cup.

Little-known Belgian forward Dieter Van Tornhout scored the only goal of the game as Killie ended Neil Lennon's hopes of leading the Glasgow side to the treble.

"I still get a lot of satisfaction from that game," said Shiels. "I still tell the boys about it and show them the video here because I'm so proud of it.

"I think Celtic had won 25 and drawn one of the games going into the final - massively odds-on favourites.

"I think what threw them the most was we got to 73 minutes and I'm making a change, I could hear the gasps behind me because I was throwing on a striker to go 4-2-4 in possession.

"Celtic are used to people playing for penalties against them at that point and they were shocked. The more I watch the video, it was unreal.

"We scored the goal on 83 minutes and I've got great, very vivid memories of the final.

"It's the greatest moment of your life and then all of a sudden it's taken away from you because of the tragedy and you can't celebrate. It was hard to take.

"Thinking about myself, and I shouldn't be, but three of my tragedies in football in the last five years have happened on the third Sunday of March - Liam Kelly, Josh's family and now Ryan."

Shiels has also had to deal with the aftermath of fans passing away in the crowd.

"I was also in charge when we lost supporters at Kilmarnock and Morton when the matches were abandoned," he added.

"It's just ironical that I happened to be involved. You have to deal with it. You don't move on, you go on."

You can hear the full interview with Kenny Shiels on BBC Radio Scotland's Sportsound, starting at 18:30 BST, Wednesday 12 April.

Read more on Jakobsen in coma after high-speed crash

Read more on England frustrated on shortened day one