Tottenham have confirmed they will play their home games at Wembley for the 2017-18 season while construction work on their new stadium takes place.

The club's new 61,000-seater ground is being built next to the site of their current home White Hart Lane.

Spurs played their Champions League and Europa League ties at Wembley this term but won just one of four games.

"This is an incredibly exciting time in the history of the club," said club chairman Daniel Levy in a statement.

"Wembley will be our home for a season and then we will return to what will be one of the best stadiums of its kind and the most unique in the world playing host to NFL (American football) games too - a stadium that will be key to our future growth and success."

The new stadium is expected to cost £750m but will create about 3,500 jobs in the area when it is finished, according to the club.

Spurs, who are four points behind Premier League leaders Chelsea with five games to play this season, face Manchester United in their final game at the current White Hart Lane on 14 May.

Their most recent experience of Wembley was last weekend's FA Cup semi-final, which they lost 4-2 to Chelsea.

How Spurs will mark the move? 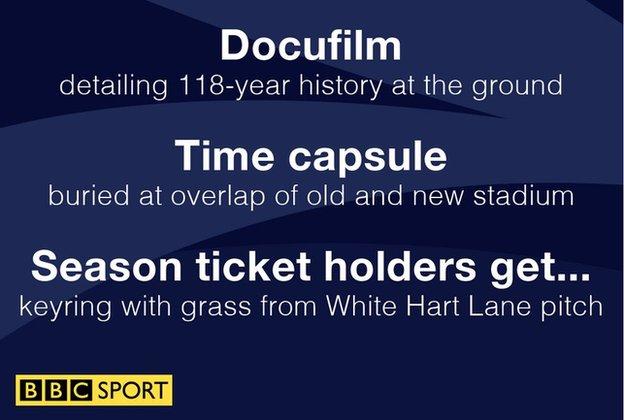