Champions Celtic completed an unbeaten Scottish Premiership campaign with a 2-0 win over Hearts at Celtic Park on Sunday.

Manager Brendan Rodgers has two trophies in his debut season, following League Cup success in November, and has a Scottish Cup final with Aberdeen to look forward to next Saturday.

The Celtic class of 2016-17 have set a number of new SPL/Premiership-era records on their way to a sixth consecutive title.

Here are the key figures behind Scotland's 'invincibles'. 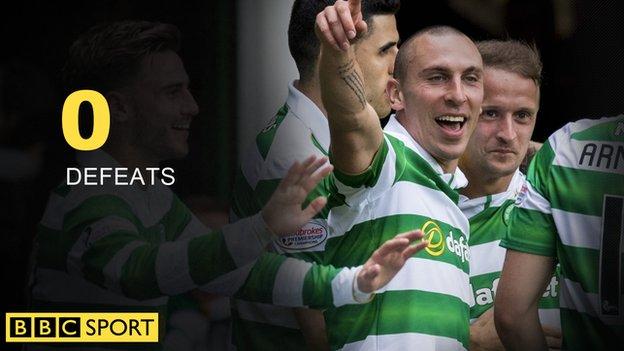 No Scottish champions have gone unbeaten since the late 19th century. Celtic managed it in 1897-98, with Rangers going one better the next season, winning every game. However, those league campaigns were over 18 matches, not even half the duration of the current one.

In 1967-68, both winners Celtic and runners-up Rangers were beaten just once. 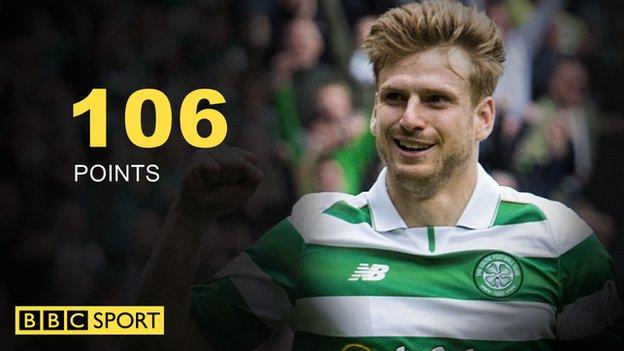 The previous Scottish record was 103 points, set by Celtic in 2001-02 - Martin O'Neill's second season in charge.

Juventus, Real Madrid and Barcelona are the other European sides to have hit 100 or more points in a season. 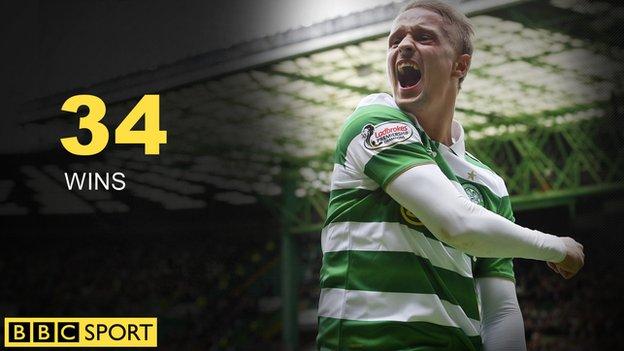 Again, Celtic surpassed a record of their own, having won 33 league games in the 2001-02 season.

The champions scored four goals or more on 14 occasions.

The biggest home win was 6-1 against Kilmarnock in September, while there were 5-0 away victories at Hearts and Partick Thistle. 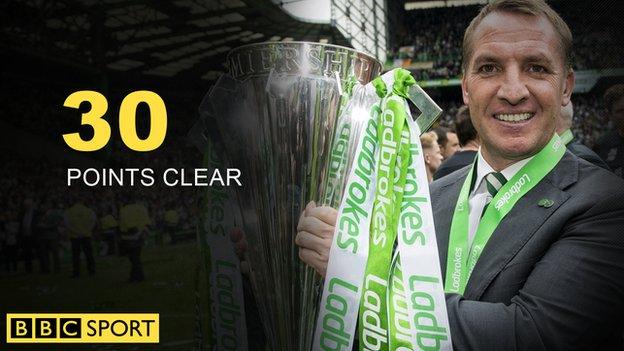 Celtic needed a final-day victory to edge past the 29-point margin of victory they managed in 2013-14. 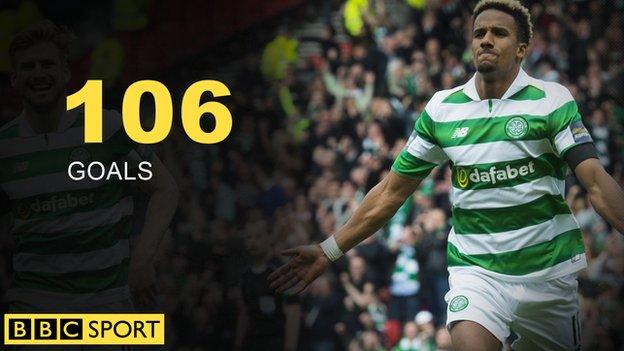 The champions scored in every league outing, averaging just over 2.7 goals a game.

In 1966-67, under the legendary Jock Stein, Celtic netted 111 goals in 34 Division One games, returning an eye-watering 196 in all competitions on their way to a domestic treble and European Cup glory. 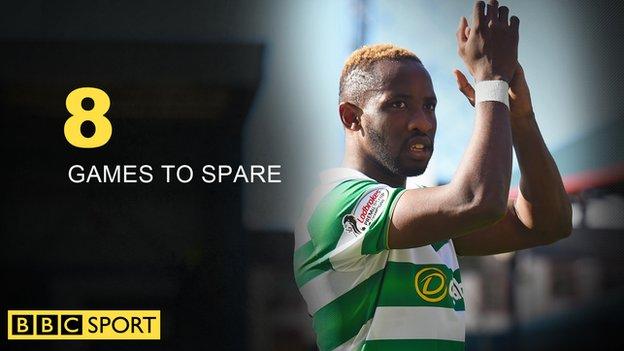 The title was wrapped up in early April with a thumping 5-0 win at Tynecastle.