A goal in each half took the Portuguese to 105 Champions League strikes as Real became the first side since AC Milan in 1990 to win back-to-back cups.

"This is one of the best moments of my career but it seems I am able to say that every year," he said.

"People won't be able to criticise me because the numbers don't lie."

Juventus were on top for large periods of an entertaining and open first 45 minutes, as Ronaldo's opener was cancelled out by Mario Mandzukic's superb overhead kick.

But Real were dominant after the break as efforts from Casemiro, Ronaldo again, and Marco Asensio sealed a 12th European Cup win and a third in four seasons.

Ronaldo has now scored at least twice as many Champions League goals as any other player in the quarter-finals (20), semi-finals (13) and finals (4).

He has won the Champions League on four occasions and has now scored 11 more goals in the competition than Barcelona's Lionel Messi - his nearest challenger.

Success capped an incredible start to management for former Real playmaker Zidane, who last month guided the club to a first La Liga title since 2012 and became the first French coach to win the Champions League twice.

"I feel like dancing," he said. "I consider myself a man of this house [Real Madrid].

"This club is really in my heart and we are going to enjoy this. Today is a truly historic day for Real Madrid, for all Madrid fans."

Real Madrid midfielder Toni Kroos, who has now won the Champions League three times with Real and Bayern Munich, praised the impact of Ronaldo after Zidane's side retained the trophy.

"I didn't expect that it was possible to defend this title, it is so difficult to win it once," he said. "To win it three times in four years means a lot.

"Everybody knows that Cristiano is very important. As a team we played very well in the quarter-finals, the semi-finals and the final but you need a guy to score the goals and he did it again." 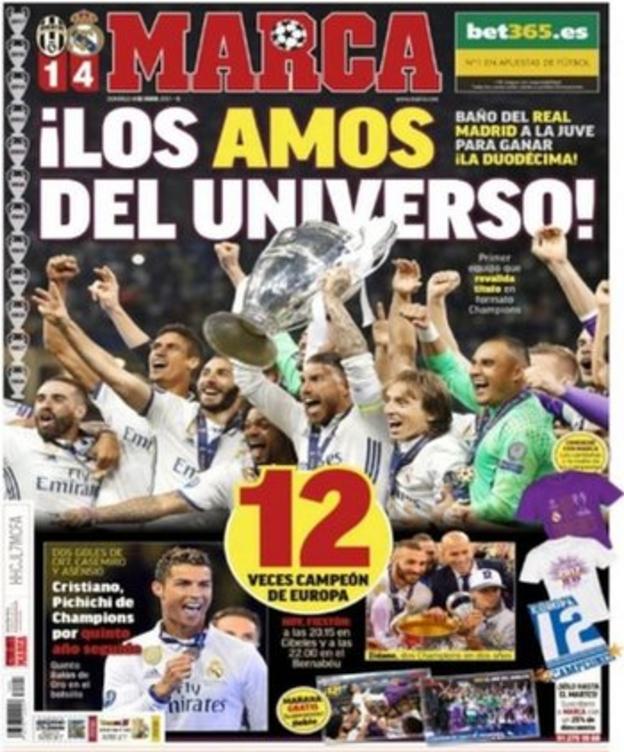 Veteran Juventus goalkeeper Gianluigi Buffon was the focus of many neutral supporters before the game, with the 39-year-old looking to win the trophy at the third time of asking.

But, as with defeats to AC Milan in 2003 and Barcelona in 2015, it was to be another loss for the Italy number one.

"We thought we had enough to win the game," he said. "It is a huge disappointment.

Coach Massimiliano Allegri was disappointed with his side's reaction to going 2-1 down to Casemiro's deflected strike but pledged to return next season and "try again".

"I don't think Juventus has reached the end of a cycle at all," he said. "Buffon will still be Juventus's goalkeeper next season and Andrea Barzagli will still be with us.

"Clearly the club knows we can improve our team if we want to achieve a higher technical level.

"We all need some rest and after the holidays we will be ready to get back with new drive and impetus. Football gives you the chance to try again next year." 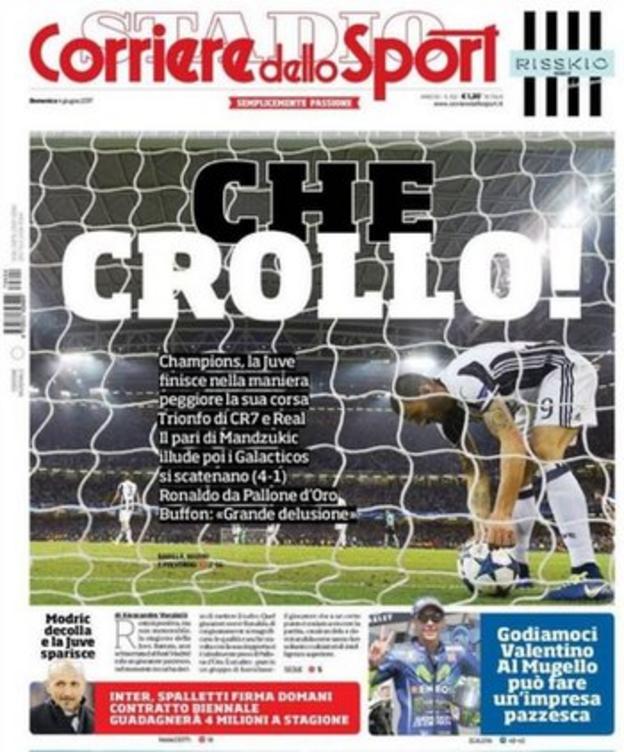 Zidane has answered questions spectacularly tonight. The way he has handled the big players and the confidence he has shown in the role has been excellent. Not for once in that second half did they ever feel in danger of losing that game.

He has achieved something very special here this evening. To be the first to retain the trophy since 1990 - you can't underestimate that. It's too easy to say he's got amazing players because you have to handle them. He has and he's done it with such good style.