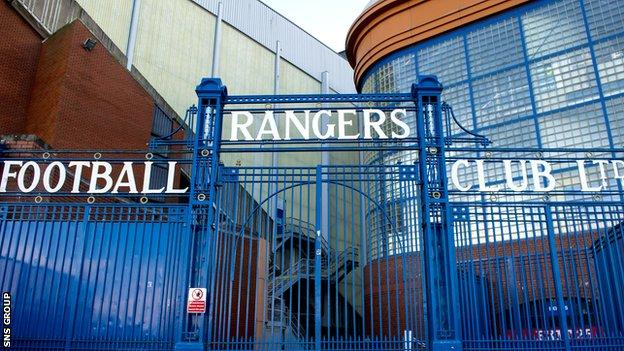 The Supreme Court has ruled in favour of HM Revenue and Customs (HMRC) in its fight with Rangers over the club's use of Employee Benefit Trusts (EBTs).

Is this the end of the legal struggle and what are the ramifications of the judgement?

What is an EBT?

EBT stands for Employee Benefit Trust and, in this case, it refers to a scheme that was widely used by large companies in a bid to avoid tax liabilities. Companies would set up trusts and make cash payments from these trusts in the form of tax-free loans to employees or beneficiaries - thus avoiding the need to pay tax. In many cases the loans were never repaid. Legislation has since been passed outlawing the use of the scheme for tax avoidance purposes.

Why is there a dispute over Rangers' use of EBTs?

Payments from an EBT are not allowed to be made on a contractual basis but HMRC insist the loans made by the club between 2001 and 2010 were actually employee earnings that should be subject to the normal National Insurance and PAYE contributions. They point to emails and letters between Rangers directors and players' agents and to the fact that none of loans have ever been paid back.

Players, managers and even directors received EBTs at Rangers. Stars such as Barry Ferguson and Lorenzo Amoruso benefited from the scheme as did managers Alex McLeish, Dick Advocaat and Graeme Souness. Former owner Sir David Murray was also in receipts of an EBT. Over 80 members of Rangers staff received payments this way.

How much was paid out?

The loans paid to each member of staff differed but a total of over £47m was paid out from the trusts in the years the scheme was in operation.

Did EBTs give Rangers an unfair advantage?

There will undoubtedly be calls for the football authorities to act following this judgement. A Scottish Premier League investigation headed by Lord Nimmo Smith found Rangers guilty of not registering players properly and the company was fined in 2013. Nimmo Smith's judgement was made at a time when the EBT scheme was deemed acceptable by a tax tribunal and he resisted calls for the club to be stripped of honours won during the years the scheme was in operation, saying "Rangers FC did not gain any unfair competitive advantage from the contraventions of the SPL Rules..."

It's unlikely the football authorities will have much appetite to sanction another investigation but that won't stop some calling for just that.

A spokesman said the Scottish Premier Football League will "take time to examine the ‎judgement in detail and to consider any implications..."

Did other clubs use the scheme?

Celtic are the only other Scottish club to have used the EBT scheme. They paid the Brazilian midfielder Juninho from a trust in 2005 but have since settled with HMRC. A number of clubs in England also operated the scheme and some have already settled with HMRC.

What is the history of judgements in the case?

The case was first heard by a First Tier Tax Tribunal in 2012. The tribunal found in Rangers' favour but HMRC appealed. In 2014 that appeal was thrown out by an Upper Tier Tribunal. HMRC then appealed to the court of session in Edinburgh and three judges found in the Revenue's favour. Since the dispute started Rangers were forced into administration and liquidation. In a bid to avoid a tax bill, the club's liquidators BDO decided to fight that ruling and took their appeal to the Supreme Court.

How will this affect Rangers football club today?

The outcome is expected to have no material or financial impact on Rangers as the club is now owned by a different company.

Will those who took part now be chased for unpaid tax?

The company is liable for the tax but given the company is in liquidation then the buck stops with the liquidators - in this case BDO. This doesn't mean that individuals who were in receipt of an EBT escape payment. Legislation is expected in the next few months that will require tax to be paid on all loans received through the EBT process from 1999 onwards.

Is this judgement the end of the saga?

The Supreme Court is the highest court in the land and their decision brings the matter to a close. Rangers oldco liquidators have admitted as much in a statement.

"Given the significance of the matter and the support and direction received from creditors and the liquidation committee, we believe taking the case to the Supreme Court has been the correct course of action," said BDO. "We will now engage with HMRC on adjudicating its claim. Further advice and guidance will be provided to creditors in due course."