Manchester City have completed the signing of Real Madrid defender Danilo for a fee believed to be £26.5m.

The 26-year-old Brazil international has signed a five-year deal and will join City on their pre-season tour of the United States.

Danilo can play in both full-back roles as well as in midfield, and is City's fourth major signing of the summer.

"There was interest from other clubs, but it has always been my ambition to play for Pep Guardiola," he said.

The club have also agreed a £52m deal for 23-year-old Monaco defender Benjamin Mendy - who has flown to the US for his medical - and sold left-back Aleksandar Kolarov to Serie A club Roma for £4.5m.

Danilo's move is subject to him receiving a work permit, meaning he is unlikely to make his debut when City face Real on Wednesday in Los Angeles.

In two years at the Bernabeu, he won La Liga, two Champions Leagues, the Uefa Super Cup and the Fifa Club World Cup.

"He can operate in several different roles in both defence and midfield, increasing Pep's options ahead of the new season." 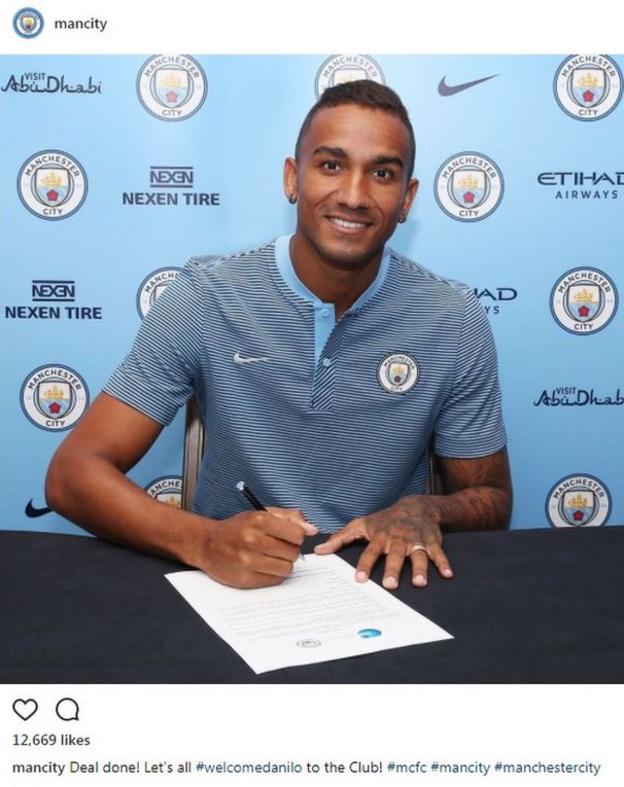