Chelsea boss Antonio Conte says Pedro suffered multiple facial fractures in a collision with Arsenal goalkeeper David Ospina in a friendly on Saturday but should return to training in 10 days.

The winger, 29, was taken to hospital following the game in Beijing, which Chelsea won 3-0, and stayed overnight.

He also suffered concussion but posted a message saying "everything is OK" before travelling back to London.

Pedro is expected to wear a protective mask when he returns to training.

The rest of the Chelsea squad are now in Singapore where they will play two games - against Bayern Munich on Tuesday and Inter Milan on 29 July. 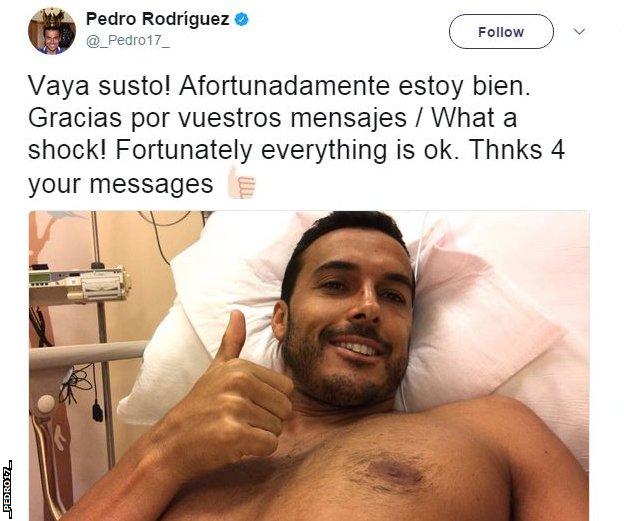