Six British teams await the draw for the Champions League group stage, which takes place on Thursday at 17:00 BST in Monaco.

Premier League champions Chelsea, runners-up Tottenham and third-placed Manchester City are all in the draw.

They will be joined by Europa League winners Manchester United, as well as Liverpool and Scottish champions Celtic who both came through qualifying.

The group stages of the competition begin on 12-13 September.

Scroll to the bottom to see the full list of teams and the pots they are in.

A dangerous pot two contains English sides Manchester United and Manchester City, as well as five-time winners Barcelona and the owners of the world's most expensive player - Neymar's Paris St-Germain.

Premier League sides Tottenham and Liverpool are in pot three, while Scotland's Celtic are in pot four which features Dutch champions Feyenoord and the runners-up from Germany's Bundesliga, Leipzig.

When are the group stage match days? 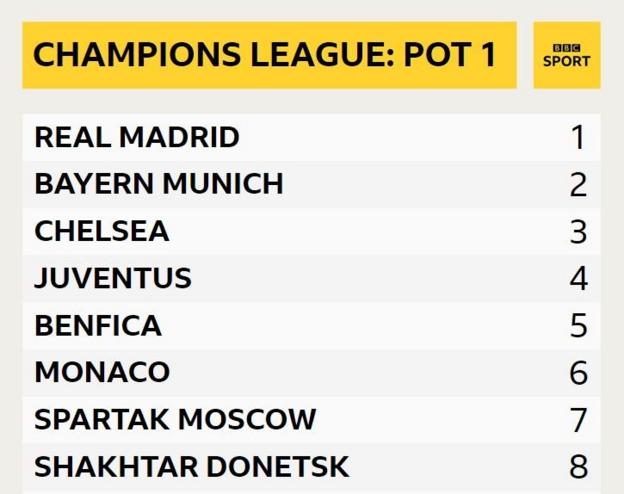 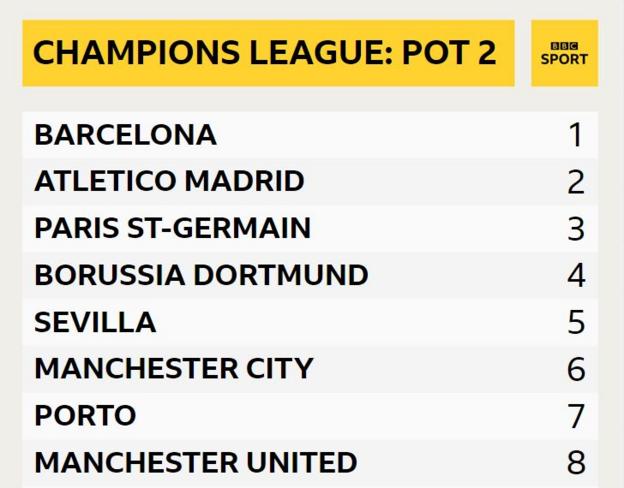 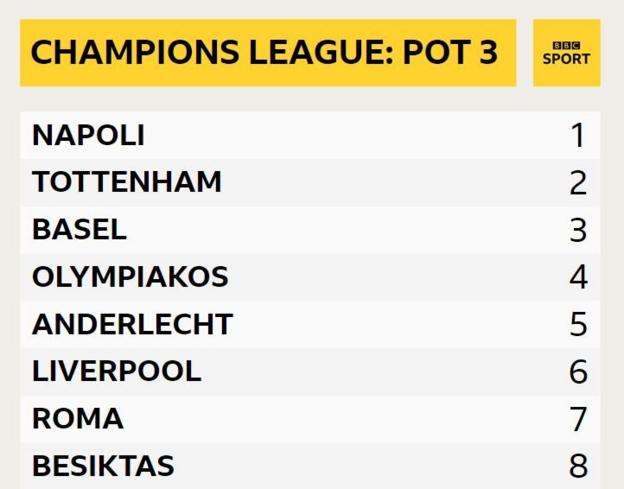 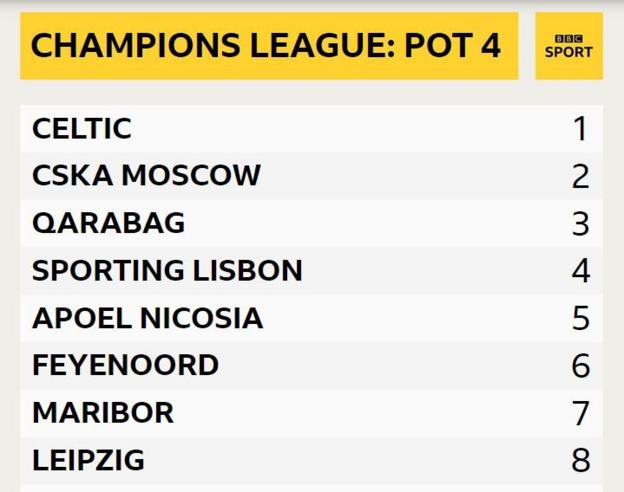 285 comments
Back to top
unknown