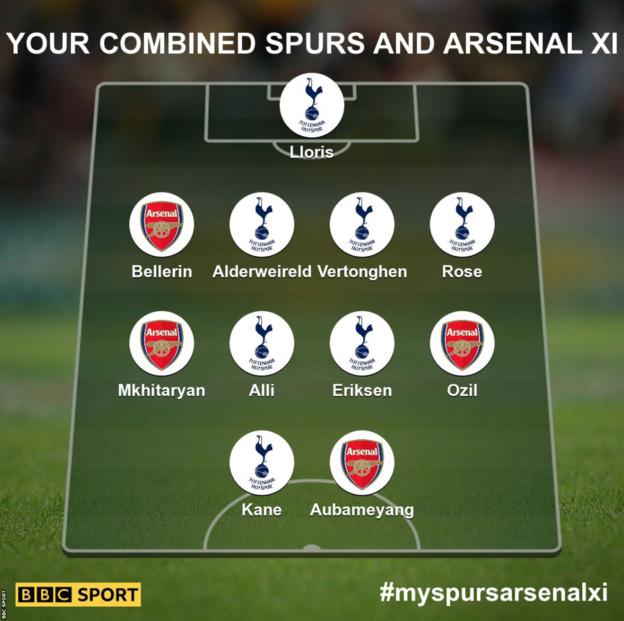 Spurs are fifth, four points and one place above the Gunners.

We asked who you would pick for a combined Spurs-Arsenal XI, and it has produced an interesting but somewhat predictable result.

Arsenal's troubles in defence are a hot topic, and perhaps it is no surprise that your back four contains just one Gunner.