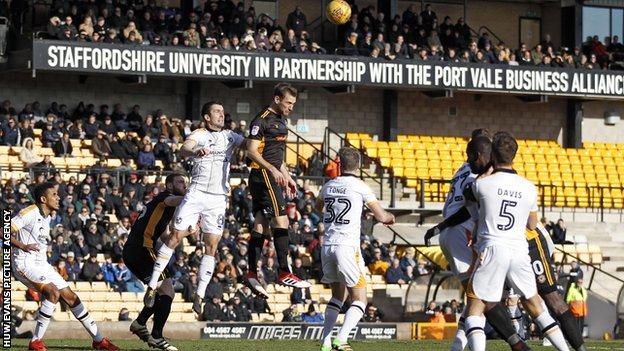 Vale are looking for a first win of 2018, while the Exiles are eight games without a win in all competitions.

The hosts came closest when Michael Tonge struck the post before the interval but could not breach Newport.

Newport, however, had the better of the chances and might have won it but for wayward finishing and fine goalkeeping to deny Frank Nouble.

"We missed some good chances today, but it is a lot better performance that we have had previously.

"We dominated the game away from home and we are getting back to the level we were at around the Spurs game, but we need to score goals."