Manchester United manager Jose Mourinho has got issues to sort out right through his team but Jesse Lingard is probably giving him his biggest problem at the moment - in the best possible way.

Lingard came off the bench to get United's winner against Chelsea on Sunday, continuing his brilliant scoring form.

He brings so much to the United attack when he plays, either on the right or more centrally behind the centre-forward, but since Alexis Sanchez signed for United, he has started only three out of their seven games.

I can understand why, because Mourinho has got a lot of attacking options - but with Lingard playing the way he is, surely he cannot ignore what he has got to offer.

His winner was massive for United - and not just because it means they are back in second place, and six points above Chelsea in fifth.

It's been a difficult month for Mourinho's side, especially away from home - with their performance against Tottenham, their result at Newcastle and a lot of talk around Paul Pogba when he was left out of the team.

Things were getting a bit negative and they needed a big big performance and a big moment. Lingard helped to provide it. 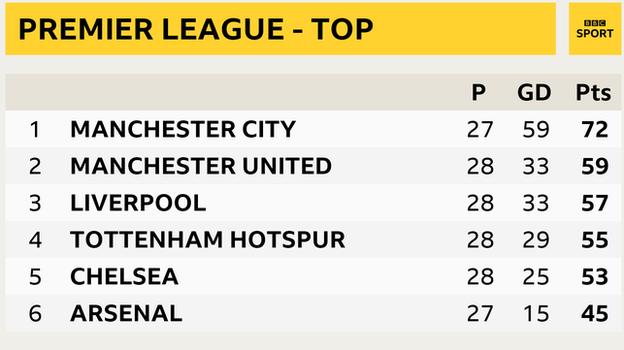 Lingard has to start at this summer's World Cup

Lingard might not be able to get into the United side but he should be nailed on for England. He is at the point now where he has to start for Gareth Southgate's side at this summer's World Cup.

When you watch what he is doing and the positions he picks up, you notice the intelligence that he shows - not only on the ball but with the runs that he makes off it.

Then there is the number of goals he is scoring - 10 in his past 18 appearances since the end of November - and you think how can he not start with the way he is playing.

If you look at it from Mourinho's point of view, however, I can see why he is experimenting, even if it does not always work.

United still experimenting in midfield too 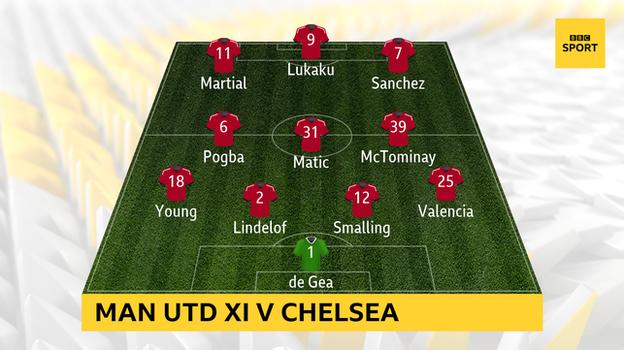 He tried Sanchez on the right of his attack on Sunday, but it felt like he wanted to be playing behind Lukaku and it did not really help United much.

Anthony Martial was on the left and Lukaku was up front and, especially in the first half when Chelsea were on top, it felt like Sanchez was drifting into the middle to try to get involved.

Sanchez is still settling in at United anyway and he did not do very much of what we know he can do best, which is to take people on and make space for shots. At times it felt like he and Pogba were running into each other. 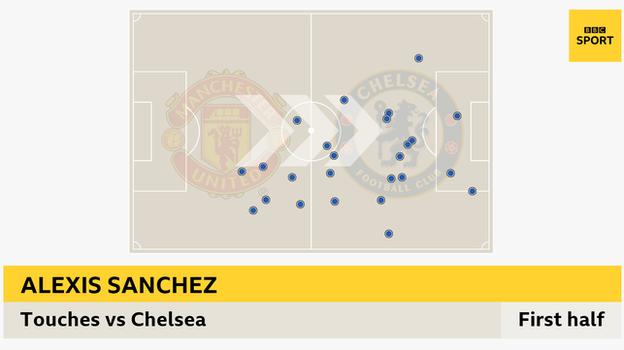 Pogba is another issue Mourinho is trying to resolve too of course, because he is also still trying to find the right formula in midfield.

Against Chelsea, Pogba was playing where I think he should play - in a midfield three, where he was less of a liability defensively.

It suited Pogba to be in a floating role, although he did not show much of his usual attacking flair when he broke forward. He seemed to be lacking a bit of confidence, which is not surprising after the month he has had.

I think that 4-3-3 formation is the way forward for United to progress in Europe and their other big games this season, and Pogba will evolve in that role once he adjusts to playing in a three and starts to understand where he can find some space.

But I am not sure yet what their front three will look like - I have not even mentioned Marcus Rashford, who could also fit into it - and Mourinho will keep trying different things until he gets it right.

Mourinho's tactics work against Chelsea - in the end

There will be games against lesser teams where Mourinho uses a different shape - leaving only Nemanja Matic to sit, for example, and allowing Pogba and Lingard to play together centrally and push on to help the front three.

But having Matic and Scott McTominay alongside Pogba made United look a lot more secure against Chelsea, especially after the break.

The turning point of the game came in the second half when Matic and McTominay finally began to get on top of their midfield battle with Eden Hazard and Willian, who had dictated the play before the break.

Between them, the United pair did not allow Chelsea to gain any momentum. They were engaging the Blues' players higher up the pitch, which shifted United's play about 20 yards forward when they won the ball back.

United were suddenly able to sustain their attacks and it was Chelsea who got a bit reckless. United went from a losing position to a winning one, and that was down to Matic and McTominay getting them back in the game.

McTominay was at fault for Chelsea's goal, when he was tracking Willian but passed him on to a team-mate to deal with without being sure he was being picked up.

As a player in that situation you would usually catch the eye of your centre-half or full-back that Willian is running towards to say: 'You are taking him.'

That did not happen on this occasion and although McTominay had the energy to stay with Willian he has switched off at the wrong time and gone to try to block Hazard's pass instead, and Hazard is too good for that to happen.

What was impressive about McTominay, especially considering he is only 21, was the way he did not let that mistake affect him.

As a young player, when you make an error like that it can sit with you for a while, but it said a lot about McTominay's character that he did not let that happen.

Instead, he came out for the second half and helped Matic gain control of midfield - and on top of that he started the move that led to Lingard's winner.