Chelsea expect to appoint Juventus boss Massimiliano Allegri as their new manager this summer - but only after running out of patience during talks with former Barcelona boss Luis Enrique. (Star)

Former England midfielder Gareth Barry, 37, has reached a target of games this season to earn a new West Brom deal, but his future is uncertain after a number of off-field incidents. (Telegraph)

Chelsea have stepped up their interest in signing teenage Turkish goalkeeper Berke Ozer, 17, from second-tier side Altinordu. (Sun)

Manchester City have made a bid to sign Barcelona's 15-year-old Robert Navarro, with the La Liga leaders yet to make the midfielder an offer. (Sport)

West Ham want to keep manager David Moyes beyond the end of the season after the former Everton and Manchester United boss guided the Hammers away from the relegation zone. (Mirror)

Bournemouth, Leicester and Championship side Aston Villa are monitoring Southampton striker Charlie Austin, 28, should the Saints be relegated this season. (Mirror)

Stoke winger Ramadan Sobhi, 21, is "hoping to do well at the World Cup", to improve his chances of leaving the club in the summer. (Stoke Sentinel)

Leicester chairman Vichai Srivaddhanaprabha is marking his birthday celebrations by giving away 60 season tickets to supporters at this weekend's Premier League fixture with Newcastle United. (LCFC.com) 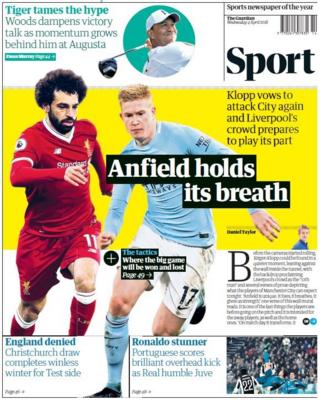