The 37-year-old, who played for Barrow in the National League last season, starts his wrestling training on Thursday and will initially combine it with his football commitments.

Holt is scheduled to team up with Roy and Zak Knight, known as the UK Hooligans, at Fightmare 3 in 2019.

WAW was founded by Ricky Knight, Saraya Knight and Jimmy Ocean in Norwich in 1994. 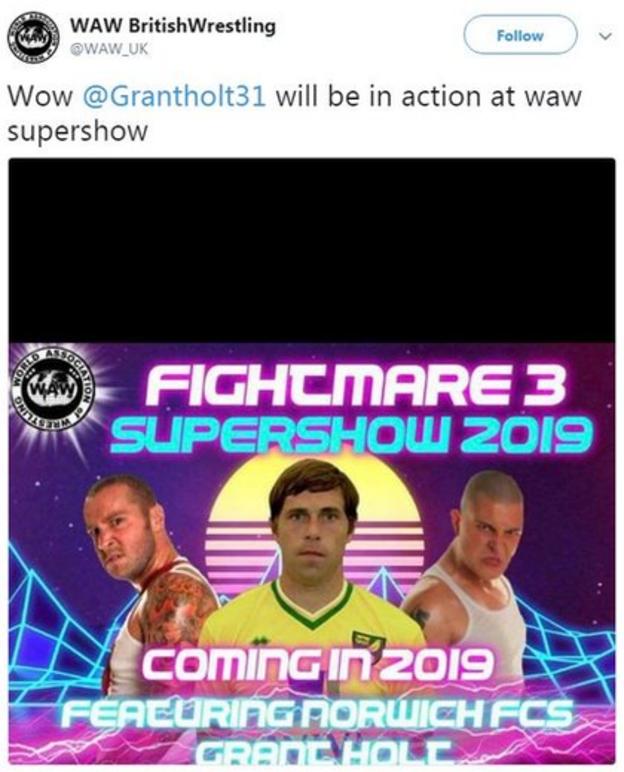 A film about Paige, Fighting With My Family, written and directed by Stephen Merchant and starring Dwayne Johnson, also known by his ring name, The Rock, is scheduled for release in March next year.

Holt has scored over 150 goals in more than 400 career appearances as a footballer, with Rochdale, Nottingham Forest, Shrewsbury and Wigan among his former clubs.

He is not the first professional footballer to branch out into wrestling. Stuart Tomlinson spent two years in WWE using the ring name Hugo Knox after leaving Burton Albion in 2013.

And former Germany and Werder Bremen goalkeeper Tim Wiese also moved from the pitch to the ring, joining WWE in 2016.