Marcus Rashford has paid tribute to his home city on the first anniversary of the Manchester Arena attack.

The 20-year-old Manchester United forward said in an emotional message that the weeks following the attack made him "proud to be a Mancunian".

Twenty-two people were killed and hundreds injured when a bomb was detonated at the end of an Ariana Grande concert on 22 May 2017.

Rashford reflected on the event saying it had "a massive impact" on him, and that he found it "tough to process".

"Nobody will ever forget what happened but the way Manchester pulled together shows you everything you need to know about the people here," said the England international.

Wythenshawe-born Rashford, who visited survivors in hospital along with team-mate Jesse Lingard, said in his message: "I really can't put into words how brave those incredible kids are. I can't find the words to do them justice.

"I couldn't imagine going through a moment or an experience like that at the age some of those kids were. Really, there's no age to go through something like what all of the victims went through. But they are all such strong people."

Manchester City, who won the Premier League title this season, paid tribute to the victims of the attack before their victory parade last week, and other local sports teams have also marked the anniversary. 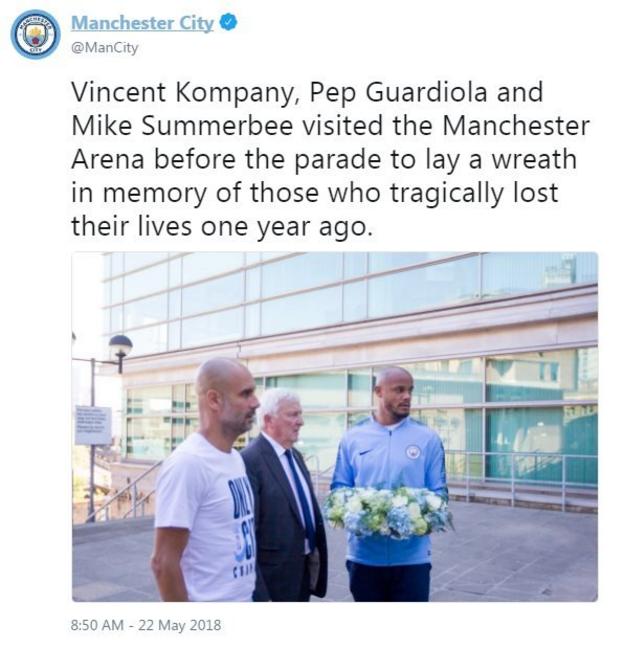