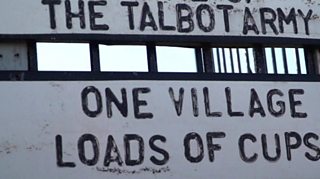 Auchinleck Talbot have won the Scottish Junior Cup a record 11 times, while Hurlford United have lifted the trophy once before.

The winners will qualify to play in next season's Scottish Cup.