Thousands of fans lined the streets of the Spanish capital to greet Real Madrid's players as they returned home from Kiev on Sunday.

Fans cheered and waved scarves as an open-top bus carrying the squad and the trophy made its way to the club's traditional celebration spot, the Plaza de Cibeles.

The giant white bus bore the phrase 'Campeones 13' and the club's crest to mark their success.

What the Spanish papers said: 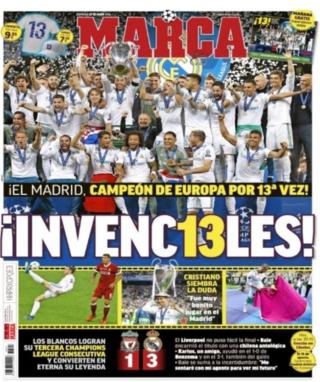