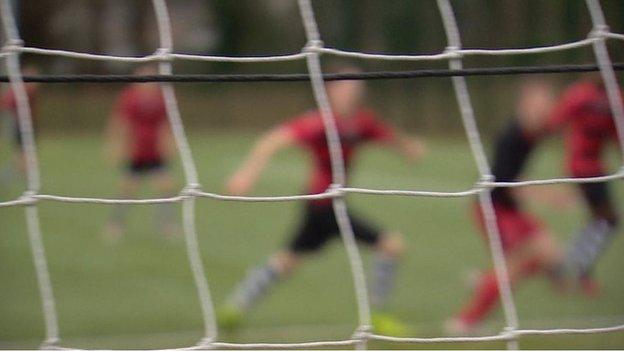 Child protection policies in Scottish football are "not fit for purpose" and must change to prevent future cases of sexual abuse, according to a report.

The work was commissioned by the Scottish FA in December 2016 following allegations of historic abuse spanning decades.

It will publish a collection of interim findings on Thursday.

The report cannot be published in full until legal proceedings, in some cases relating to the report, have been concluded.

Among its findings, it highlights:

Scottish football's governing body announced it would commission the report at the end of 2016 after a number of victims came forward to tell their story.

That also followed criticism from the Scottish Parliament, where the Scottish FA was accused of being "asleep on the job" around areas of child protection.

Earlier that year, BBC Scotland revealed a gap in background checks for coaches working with children across the country.

As of November 2017, a total of 298 criminal cases have been recorded with Police Scotland linked to sexual abuse in Scottish football.