Players took breaks every 15 minutes and oxygen tanks were made available because of poor air quality during a National Women's Soccer League match.

Although air quality tests taken six hours before kick-off measured outside the healthy range, the game went ahead.

A crowd of 17,986 saw Portland qualify for the play offs with a 2-1 victory at Providence Park. 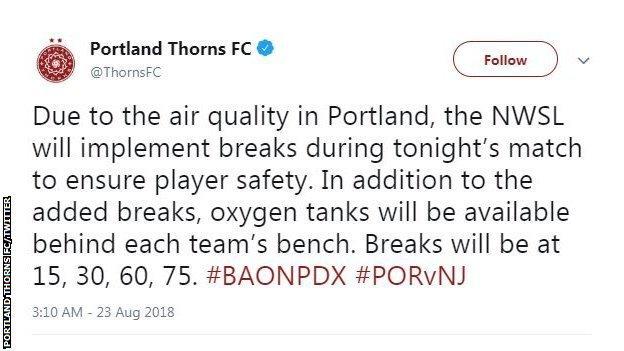