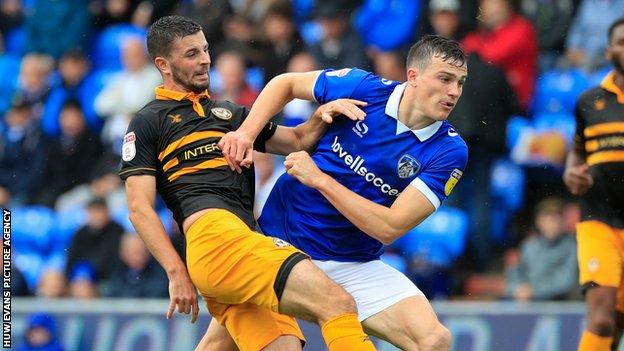 Newport County won their second away game on the bounce as Tyreeq Bakinson's goal was enough to see off Oldham.

Bakinson, who is on loan with the Exiles from Bristol City, scored his first goal for County on 69 minutes after being teed up by Matty Dolan.

Newport keeper Joe Day made a string of late saves to keep his side ahead as Oldham tried to find an equaliser.

The Exiles stay second, behind leaders Lincoln on goal difference, while Oldham drop down to 10th.