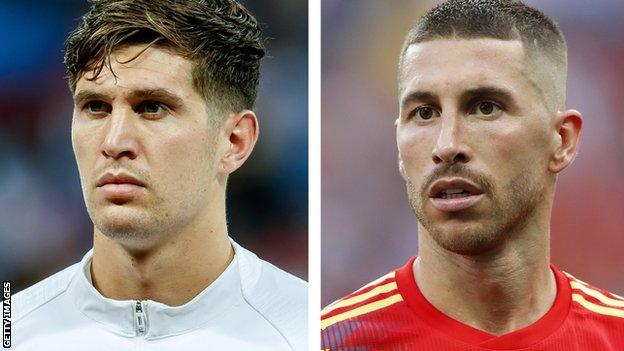 England reached the World Cup semi-finals in Russia, Spain were knocked out in the last 16.

But the Spaniards have bags of experience - Sergio Ramos and Sergio Busquets started their World Cup final win in 2010, and both could feature against the Three Lions at Wembley on Saturday - while England had the second-youngest squad in Russia this summer.

So who makes a combined XI using the two squads for this weekend's match? Have a go at picking yours below and share it using #bbcfootball.