They've done it again. Macclesfield have won another penalty shootout.

Tuesday's Checkatrade Trophy game against Blackpool ended 3-3 after 90 minutes, with the Silkmen winning 5-3 on penalties.

The result means League Two side Macclesfield have still never lost a shootout in their 144-year history - winning nine out of nine, three of them this season in cup competitions.

Rhys Taylor and fellow goalkeeper Kieran O'Hara, who is on loan from Manchester United, have saved seven penalties between them. 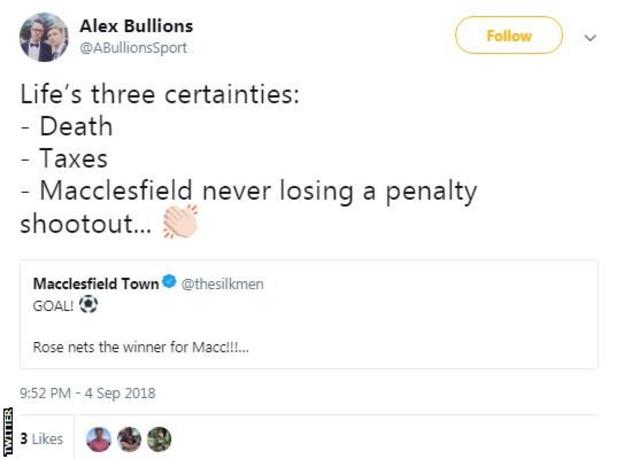 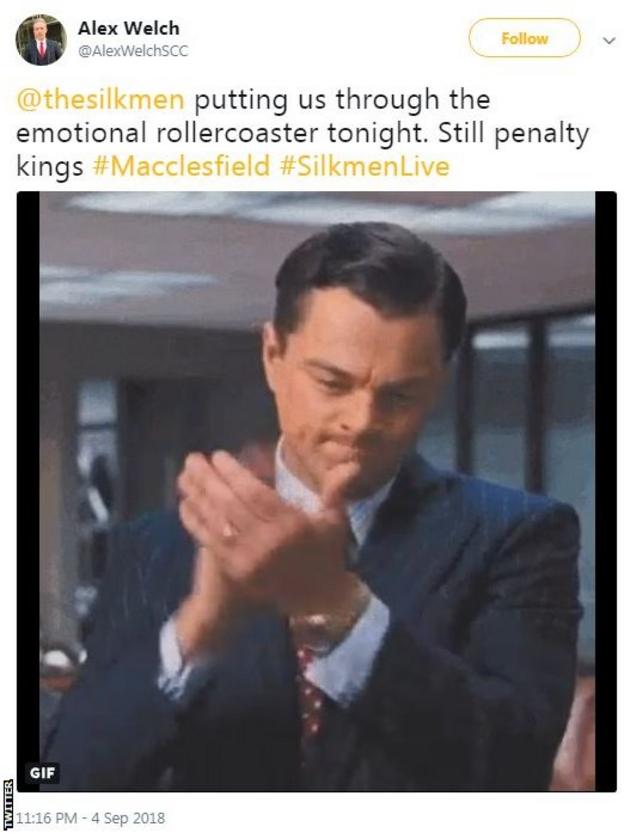 "It's not really something you can be good at," said O'Hara, who saved an unprecedented four penalties during the win over Walsall, including one in the 63rd minute.

"After you save the first one, it kind of sets you up for the rest of them. It leaves you thinking that, hopefully, if the boys put their penalties away we've kind of won the tie."

Some fans tweeted the EFL to ask if League Two games could also go to penalties - given that Macclesfield are second bottom in the table, with two points from six games.

Up next for the Silkmen in the League Cup? Premier League West Ham in the third round on 26 September.