Alex McLeish hopes his Scotland side can follow Russia's example by putting disappointing friendly results behind them when competitive action begins.

The Scots have won one and lost four of their five games since falling short in their World Cup qualification campaign.

Hosts Russia reached the quarter-finals despite their pre-tournament defeats.

"The Russians had taken on seven pretty tough games before hosting the finals and never won a game, but look at the reaction they got," McLeish said.

"The coach had to take a lot of flak in these previous games, but the team had gelled and he got fantastic results.

"For us to get better, we have to play the better teams and the big example of that is if you look at the World Cup."

McLeish has no fears about his players using up too much energy against Roberto Martinez's side.

"But I believe there is enough strength in the squad to play two really competitive teams.

"Obviously there are some new kids on the block over the past few months and they are a part of the squad now and we will be looking to get a good performance level against the Belgians, try to upset them and go on to the Nations League with all guns firing.

"I am treating both games with importance, but the National League is the most important."

Scotland Women beat Albania this week to qualify for their World Cup finals for the first time and McLeish praised counterpart Shelley Kerr.

"I must congratulate Shelley, her staff and the players for an absolutely phenomenal achievement," he added.

"It is a very proud week for Scotland and it lays the gauntlet down for the men." 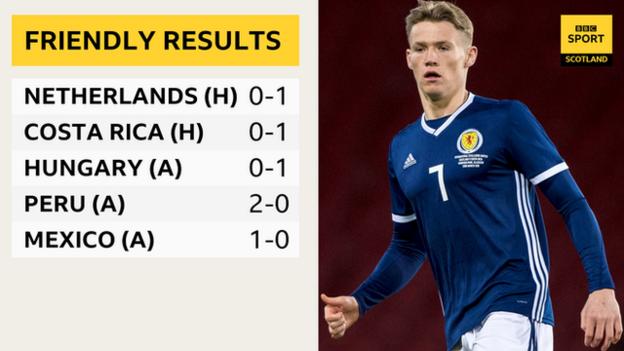