Van Schaik had his contract terminated by relegated Twente, having joined from Eredivisie rivals Den Haag last summer, and impressed on trial.

"We feel the lad has done enough to convince us that he can play in the Scottish Premiership," Holt said.

Van Schaik was also with Quick Boys but has not made a senior appearance.

"He is most definitely one for future but will probably find himself in and around the first team in the very near future," Holt told his club website.

"There's always a steep learning curve getting lads up to speed with the tempo and physical nature of Scottish football when they haven't played here before, but Henk has all the attributes needed to play at this level." 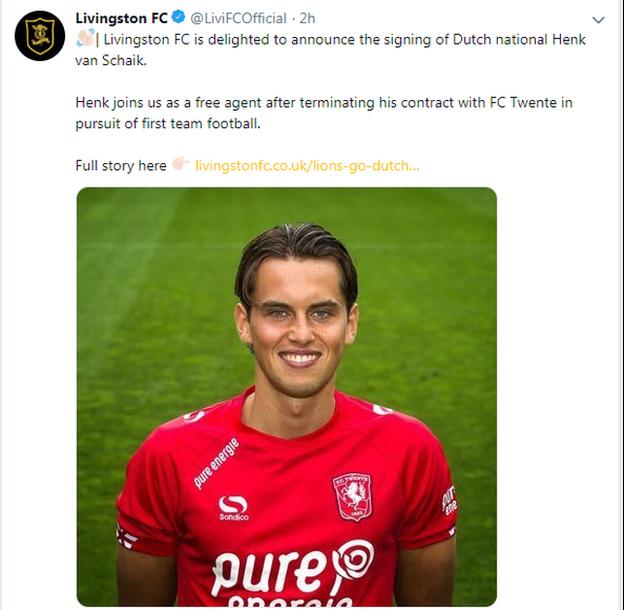