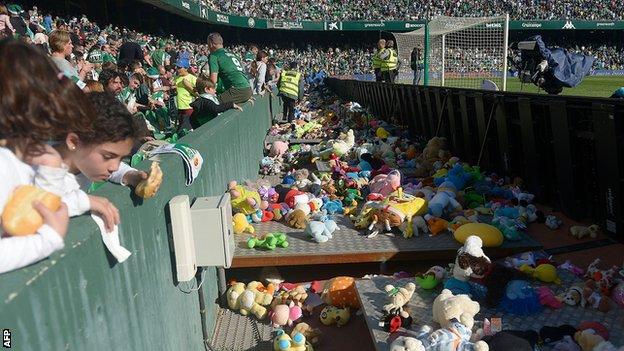 They responded to a pre-match appeal by throwing thousands of teddy bears and other soft toys from the stands of the Estadio Benito Villamarín in Seville.

The toys were gathered up before the second half and will be distributed to disadvantaged families in the region.

Betis' draw, which leaves them in sixth place in La Liga, was watched by a crowd of 49,426. 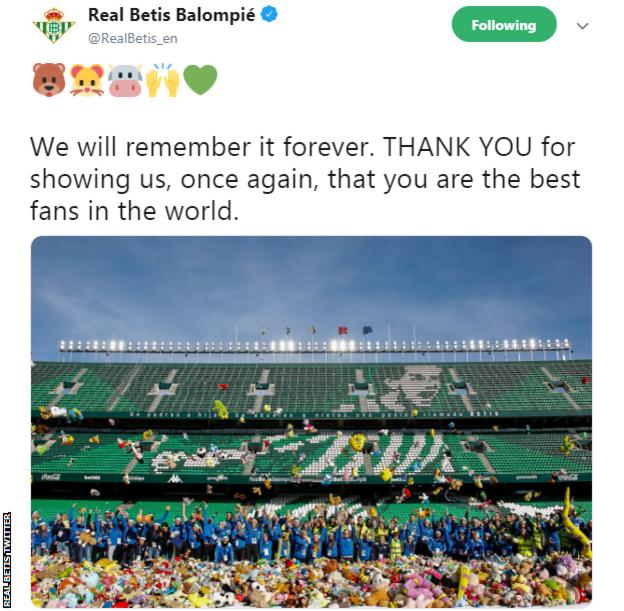