How many times have we seen Leeds United and Norwich City score late goals to pick up vital points this season? It is the mark of champions.

The Canaries have scored more than 40% of their league goals after the 75th minute, while Marcelo Bielsa's Leeds would be a staggering 15 points clear of third place if their games had started from half-time.

The late exploits of the Championship's top two on Wednesday, however, took things to a whole new level. BBC Sport relives the closing stages of both games. 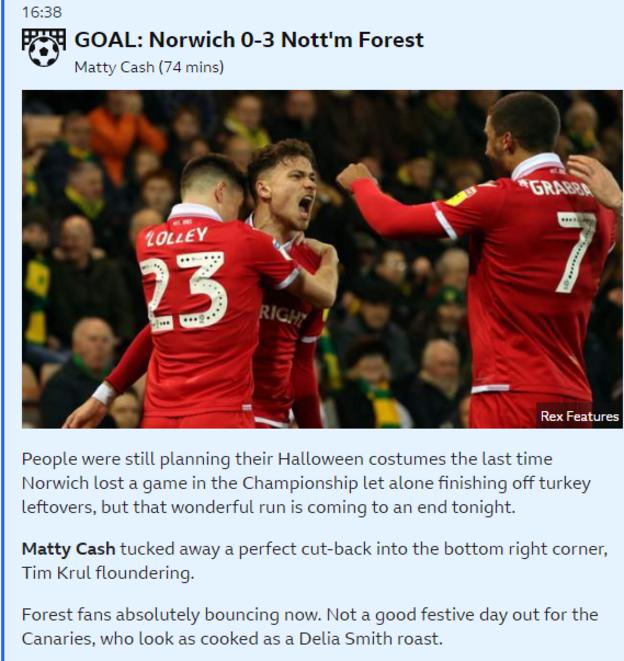 Seventy-four minutes have gone and Norwich trail 3-0 to Nottingham Forest. "The Canaries look as cooked as a Delia Smith roast", reads the BBC Sport live text commentary, in homage to the Canaries' majority shareholder and celebrity chef.

Things are not going much better for Leeds, either. Charlie Mulgrew's 89th-minute free-kick puts Blackburn 2-1 up at Elland Road - it is a goal worthy of winning almost any game, but what about this one?

Seven minutes added on at Norwich, just the regulatory four at Leeds...

Kemar Roofe equalises for Leeds to make it 2-2.

They came from behind to win 3-2 in stoppage time at Aston Villa on Sunday - with the former Oxford United striker also the hero on that occasion - but surely they can't summon the energy again during such a hectic run of fixtures?

Meanwhile, at Carrow Road, Norwich are 3-1 behind and destined for their first league defeat since October...

A cross-shot from substitute Onel Hernandez creeps into the corner and Norwich have pulled it back to 3-2. Aitor Karanka's side were cruising heading into the closing stages, but now it's attack against defence - and Forest are the team doing all the defending.

Up at Elland Road, all the while, remarkably we have a second goal in three minutes...

In the fourth minute of stoppage time the Roofe comes off the stadium as the Leeds striker glances in to surely give Bielsa's boys yet another victory from the jaws of defeat.

Leeds are moving four points clear at the top as things stand - and social media has just gone into meltdown. 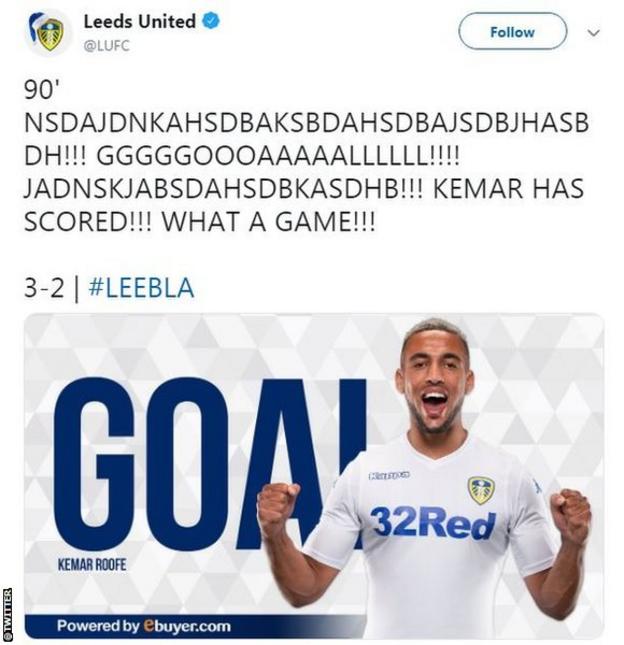 It's all over in Yorkshire and Leeds have pulled off their second mind-boggling comeback in the space of three days.

Having recovered from the shock of Roofe's latest winner, even Leeds' Twitter admin is on fine form, rustling up a Blackburn tweet from their previous meeting in October and getting their own back. 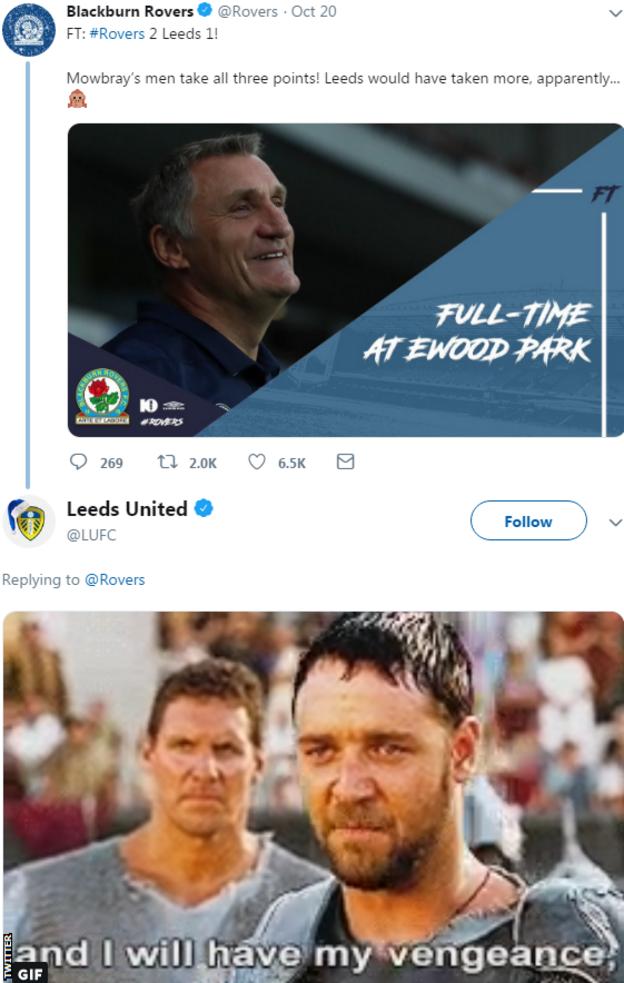 "It was moving for all of us," said Leeds boss Bielsa. "Football can give these emotions. That is why nothing compares to football.

Second-placed Norwich are still trying to salvage something against Nottingham Forest - they trail 3-2. There is just a minute left, or is there?

The final whistle at Carrow Road will come... any... second...

No, hold on, we're still playing! it is a MINIMUM of seven minutes, after all...

WORDS CANNOT DO THIS JUSTICE!

Hernandez is at it again, finishing off a team move to put Norwich on the brink of yet another memorable match at Carrow Road. They are back at 3-3.

"When that final goal went in it was like an explosion - it was something really special," said Norwich head coach Daniel Farke.

Hernandez told BBC Radio Norfolk: "It's the emotion you have after the goal - everyone comes to you and you see all the fans.

"Why has this happened again? It's not the first time, but it's crazy."

Not everyone was quite so thrilled, mind you. Namely, England seamer and Nottingham Forest fan Stuart Broad...

That's it. Norwich have scored twice in stoppage time - and three times in the final 20 minutes - to come from 3-0 down and draw 3-3.

Daniel Farke's side extend their unbeaten run to 12 games and end the day three points behind Leeds, in second.

"Moments like these remind you why we started to play football in the first place, why we love it so much," said Farke.

"It's not about bonuses, contracts or even promotion - it's about scoring goals like that and putting smiles on the faces of the fans. That's why we play the game - for them."

Hernandez said: "I saw fans who wanted to go, saying the game was over, and I saw fans at the end celebrating in unbelievable shock." 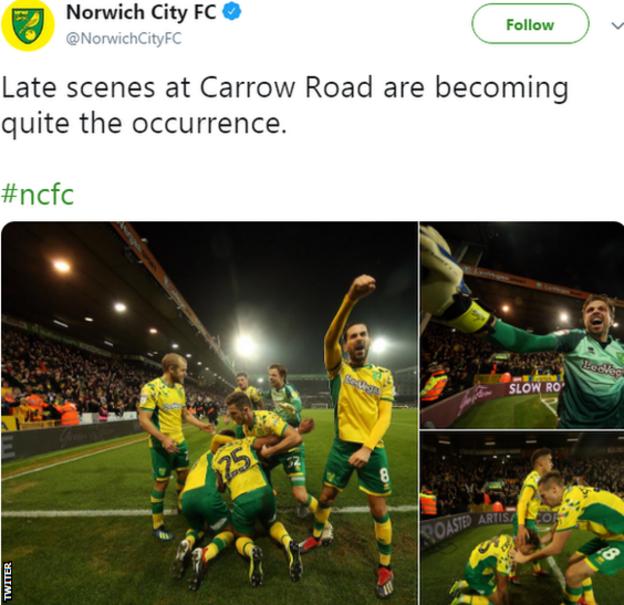 Cheers, Darren. 'Tis the season to be jolly, after all.