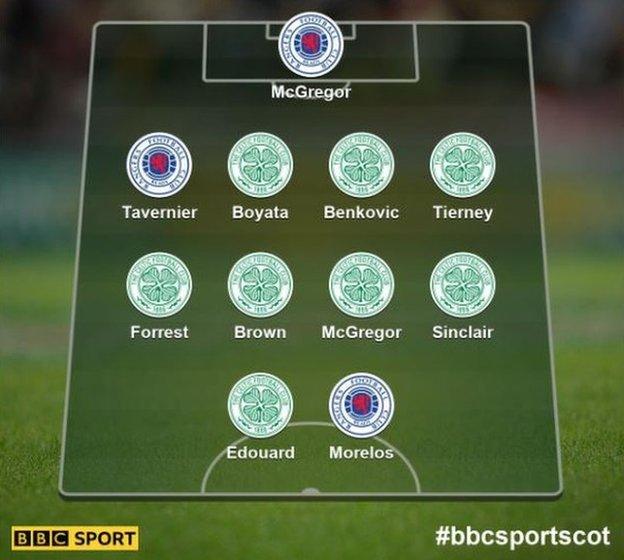 Rangers host Celtic in the final Old Firm match of 2018 and we asked you to pick your starting XI.

Brendan Rodgers' Celtic currently sit top of the Scottish Premiership table, with Steven Gerrard's side needing a four-goal winning margin to knock them from their perch.

Celtic have been on top in recent years in this fixture - Rodgers has won on all four visits to Ibrox - and the Scottish champions have continued that dominance in our squad selector results.

With a 4-4-2 formation favoured by the vast majority of you, the Parkhead club hold the jersey in eight of the 11 starting positions, with only Allan McGregor, James Tavernier and Alfredo Morelos featuring for Saturday's hosts.

The Rangers goalkeeper claimed 59% of the vote to get the nod ahead of Craig Gordon, with the 36-year-old keeping 15 clean sheets so far this term for club and country.

An all-Celtic midfield dominates but surprisingly there is no room for man-of-the-moment Ryan Christie, who was narrowly edged out by Scott Sinclair.

The player with most votes in the one position was Kieran Tierney, who claimed 76% of the left-back vote.