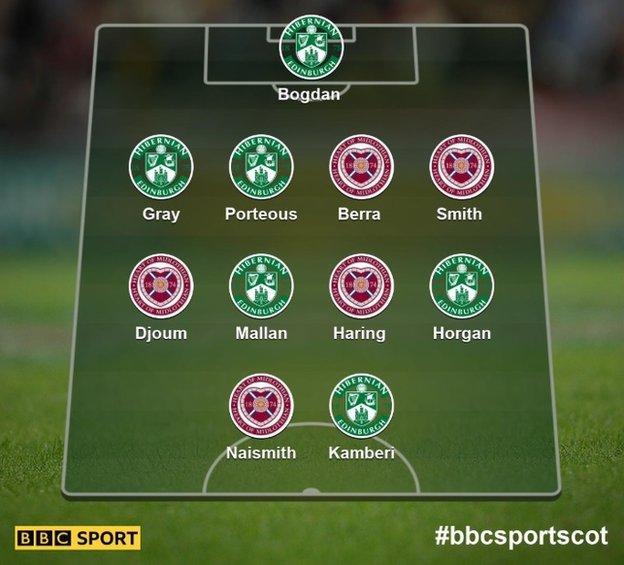 Hibernian host Hearts in the final Edinburgh derby of 2018 and we asked you to pick your starting XI.

Craig Levein's Hearts, who are fifth in the Scottish Premiership, are four points ahead of Neil Lennon's Hibs as both sides prepare for their last match before the winter break.

This season's first meeting of the sides ended 0-0 and home sides won the previous three encounters.

With a 4-4-2 formation favoured by the vast majority of you, Hibs hold the jersey in six of the 11 starting positions including the goalkeeper spot - Adam Bogdan getting 60% of the vote for that position.

Elsewhere, however, it's a 50-50 split in defence, midfield and attack.

Hibs' Australia internationals Martin Boyle, Jamie Maclaren and Mark Milligan were not options as the trio have been called up to their country's Asian Cup squad and miss the derby.

Unsurprisingly, the top scorers of each team - Hearts' Steven Naismith and Hibs' Florian Kamberi - get the striker slots.