Which team has won the most Scottish Premiership points in 2018?

When BBC Scotland asked that question in mid-October, it was a tie between Hibernian and Kilmarnock with Hibs' goal difference giving them the edge.

But now Killie are out in front with a haul of 74 points from 38 games. Celtic, having played two fewer league games this calendar year, are a point behind while Rangers, who have played one less game than Kilmarnock, are on 72 points for 2018.

Celtic won last season's Premiership with 82 points and Kilmarnock in 2018 have amassed one more point than second-placed Aberdeen did over season 2017-18.

Hibs, meanwhile, are fifth in this year's points table with 61 from 37 games, having taken 49 points from 24 games by October. 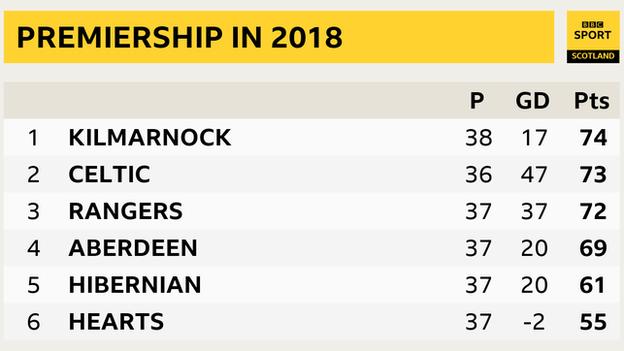 Celtic rule the roost at home

Celtic have had the most impressive home league record in 2018 with 42 points taken from 17 matches - one more than Rangers (19 games played) and Kilmarnock (18 played).

Hibs are higher up in this table with 39 points from 19 games - the same total as Aberdeen but ahead of the Dons on goal difference. 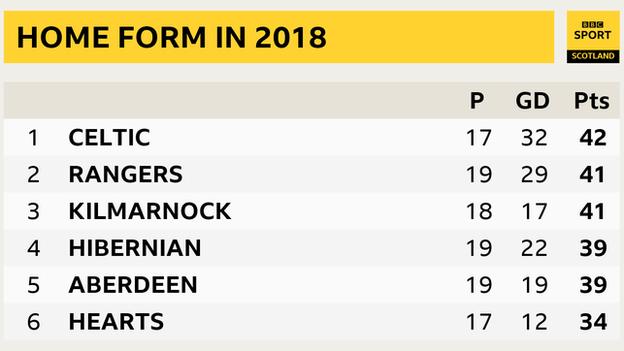 A glance at the away table for 2018 shows another strong showing from Kilmarnock with 33 points gained from 20 games on the road.

It is Hibs' away record that has brought their overall tally down with their 22 points won on the road in 2018 (18 games played) eight fewer than Aberdeen. 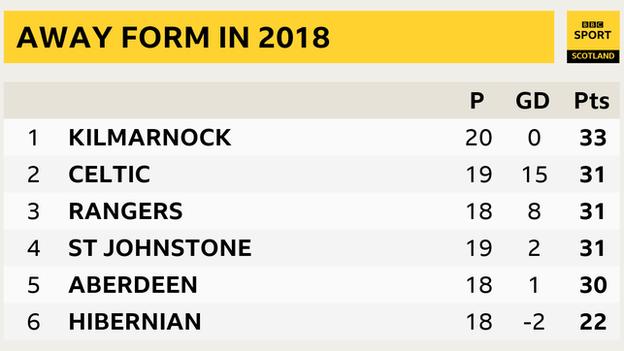